'Sunshine Girls can win it all' 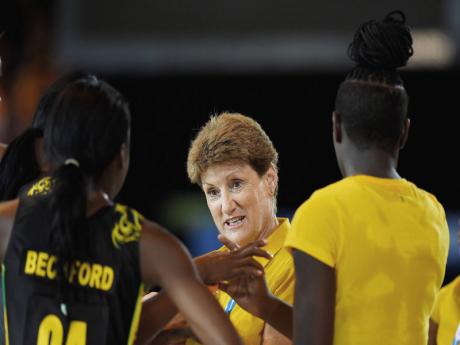 Technical director for Jamaica's Sunshine Girls, Jill McIntosh, believes the national netball team has as good a chance as anyone to win it all in the netball competition at the Commonwealth Games, referring to this year's tournament as the most even she has seen.

McIntosh and the girls watched from the stands as number 5 ranked Malawi came within three points of world number 2 ranked and two-time defending champions New Zealand, losing 50-47 on Friday, and again yesterday, when number 3 England lost by one point to world leaders Australia.

The Sunshine Girls have had a perfect start so far to their campaign to return to the medal podium after their lone bronze medal performance in 2002, battering St Lucia 88-24 on Thursday before beating Northern Ireland 65-34 a day later.

They currently lead Pool A over New Zealand with a better points differential, with both teams yet to lose a game.

With yesterday being a rest day for the team ranked fourth on the planet, the Jamaicans will return to the court tonight for a potentially tricky tie against host nation Scotland at 9:30 a.m. (3:30 a.m. Jamaica time) before tough encounters against Malawi (tomorrow) and New Zealand on Wednesday.

"I think it perhaps the most even and balanced competition, everyone's in there, anyone can win and Malawi getting that close is a very good thing for the sport. We don't need one-sided matches, we don't need Australia and New Zealand to be always winning, and maybe Jamaica, England or Malawi can cause some upsets along the way," McIntosh told The Sunday Gleaner.

"We (Jamaica) can definitely win. If we can put four quarters together in one match we certainly have a chance," said McIntosh, while underlining the importance of the girls getting a chance to see their opponents play up close and personal ahead of their games with them.

"I'm not surprised at all by what we saw from Malawi, they have been very good, they have been coming up and they will be a handful for us," added McIntosh. "We have New Zealand after that so this was a good game for us to watch also."

The girls were seen taking notes during the games and the Australian feels that the team has also made a marked improvement since she took over the programme earlier this year and are in a better position to challenge here.

"This team has come a long way from when we first started in April and we have whittled them down to 21 players and we now have a very balanced team of 12. I think one of the real strengths of this team is that it's a very even 12 players; anyone can be on and off and they certainly will be throughout the games just to keep them fresh and to bring different styles of play so we will need all 12 players," McIntosh added of the team's balance.