To beat or not to beat 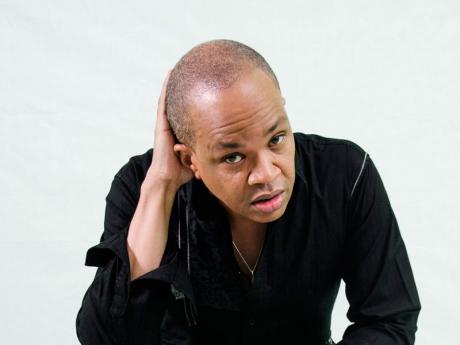 I used to get lots of 'beaten'. My father, my mother and my maternal grandmother all believed that sparing the rod would spoil the child, and based on the bombardment of tactile stimuli that they so lovingly gave me, it was obvious that they had a strong commitment to not spoiling the child.

My grandmother used her hands, which were often wet as she would usually be cooking or washing when an infraction requiring intervention would take place. I was nearly always in short pants, and trust me, feeling a wet hand on the back of your thigh was not exactly a sweet sensation.

My mother would use her hands, a ruler or a belt, whatever was convenient at the time I guess. My father's weapon of choice, however, was definitely the belt, usually the one he would be wearing at the time, which was interesting because his pants were usually loosely applied to his waist, which would make them drift in a southerly direction following the removal of the belt.

Yes, it did look funny as hell to see him holding up his pants after removing the belt, but I'd be so busy running and screaming like a banshee that I would have no time to laugh at his sartorial faux pas. Plus, even a smirk at that time would only serve to exponentially intensify the inevitable ass whooping that I would be dealt.

My mother and grandmother would beat me for being disobedient, but they would also counsel me and issue warnings prior to launching their offensives. My father, on the other hand, had no time for small talk, and disobedience was not necessarily a prerequisite for an attack. All that was required was for his 'head to take him', for him to be upset about something, like not finding the ice pick, and then realizing that I was using it for an art and craft project, and then the chase would be on and the project would be 'folded'. And privacy was no concern of his.

He would beat me in front of family, friends or total strangers. I have been beaten in front of a class of about one hundred children, as well as at the intersection of Grants Pen and Shortwood Roads.

I was actually a well mannered and well behaved child. Fidgety and 'haunted' as my grandmother would have said, but by no means rude. Were the beatings a deterrent to me regarding misbehaviour? Definitely. But the beatings significantly eroded my self confidence and created a ton of anxiety. My father would chide me for not having a 'killer instinct' regarding my attitude towards excelling in school, but it is difficult to possess that attitude when you are subjected to such assaults and humiliation. I have since forgiven him because I realize that he did not know better.

Now, as a father, I am very mindful of the effects of corporal punishment. Experts in psychology not only do not recommend it, but also warn against it. Corporal punishment often results in immediate compliance on the part of the child, but regular administration is associated with increased child aggression and antisocial behaviour.

I had promised myself that I would never hit my children, although, to be honest, one or two slaps have been dealt out on rare occasions. I do not encourage it, but as someone who does not see life in black or white but will acknowledge gray areas, I can see the appropriateness of it in certain situations. For example, if you have a young child who likes to stick objects into the open flame on the stove and he does not respond to stern warnings, time outs and being deprived of a favourite toy or activity, a slap or two may cause him to associate his errant activity with a noxious stimulus and may be an effective deterrent which may save his life and possibly yours.

We live in a society where aggression and violence are the norm, and beating our children is often seen as the first and most appropriate option when it comes to discipline. The problem with this is that it can easily escalate to abuse without either party even realizing it. So, parents and guardians, the next time you are about to deliver a 'lick', ask yourself "Is this really necessary, or can another option be used?"