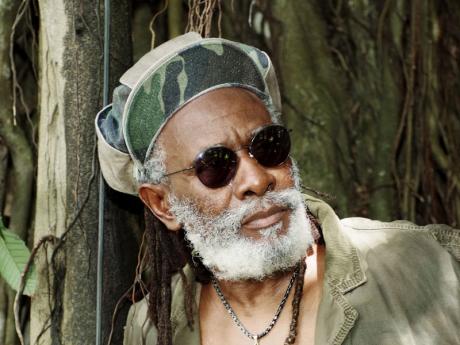 Back in April, the Sonos Studio in Los Angeles announced the introduction of a ground-breaking exhibition highlighting the sound system element of Jamaican music culture. Now, just a few months later, the country's sound systems are back in the spotlight, following the publication of a new book.

Sound System Culture, Celebrating Huddersfield's Sound Systems, is the title of the literature written by Paul Huxtable, a sound-system operator from Huddersfield, United Kingdom. The book which was published earlier this month, was conceived by co-editor Mandeep Samra, and explores the unique and rich culture of Huddersfield's sound systems.

The book traces the origin of reggae sound systems in Jamaica, to their establishment in the UK and beyond, specifically focusing on the Huddersfield scene. As part of the efforts to educate people on the sound system scene established in the United Kingdom, a documentary was also made.

The documentary revisits an era when Jamaican settlers in the UK held dances at the historic Venn Street club, a venue which established Huddersfield as an essential destination for touring Jamaican musicians, helping to catapult the town on to the developing British reggae map.

In addition, the project includes a photographic exhibition and interactive sound installation, consisting of a custom-built sound system, Heritage HiFi, a turntable, and a stack of 10-inch dubplates featuring sound bites from the oral histories recorded for the project.

To mark the release of this book, a launch was held in the UK recently. The book, published by One Love Books, is available for purchase online and was produced as part of the Heritage Lottery Fund/Arts Council England project, developed by historian Samra.

Huddersfield played a major part in the UK's Caribbean music scene during the 1970s. Burning Spear and Gregory Isaacs are two of the many artistes who would often play in the town. The sound system concept first became popular in the 1950s, in the inner-city areas of Kingston, Jamaica, and disc jocks would set up turntables and huge speaker boxes at street parties in these communities. At first, the disc jocks would play American rhythm and blues music, but as time progressed, and the local music scene started to develop, the sound took on a more local flavour.