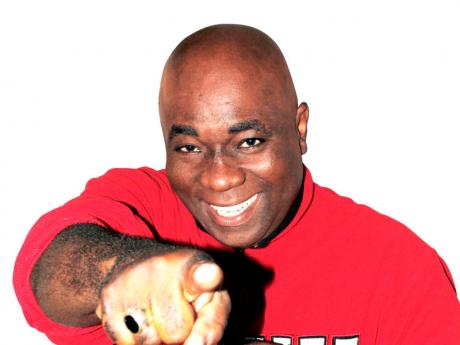 The date is set and the anticipation is mounting as the third installation of Oral Tracey's Let Loose comedy show returns to The Jamaica Pegasus hotel on August 3.

In a release sent to The Gleaner, Tracey revealed that the idea to host a comedy show was birthed from wanting more time to 'talk di tings dem', time he wasn't allowed in his nine to five. "The concept came out of the idea that three minutes on prime time television was not enough to 'talk up the things' that I want to say, the way I want to say them," he said. Though he promises to hold nothing back, Tracey assured that the entertainment will be family friendly, and he has revealed the line-up to prove it.

Tracey and his Outbox Entertainment team hopes the line-up will bring a different dynamic to the overall experience, as he says all the guest performers were meticulously selected. Making his comedic debut at the August show will be Wray and Nephew Contender Boxing personality Iron Dog. He is aiming at surprising the audience with his versatility, in hopes of proving he is more than the 'bark' that he has become known for. Media personality and controversial talk show host Orville 'Bramble' Higgins is also scheduled to make his stage debut on the night.

The debutants will share the stage with some of the industry's more established performers like Admiral 'Big Belly Man' Bailey, Christopher 'Johnny' Daley, Elva, and Lemon. This is the second summer staging of Let Loose, and the third Let Loose event overall. Promoters say the show has grown from strength to strength, with a sold-out show last summer. Singer Noddy Virtue is also set to provide entertainment on the night, and is expected to provide a special treat for the ladies. There will be giveaways and prizes throughout the night, courtesy of main sponsor Cals Tomato Ketchup. A grand gate prize of a weekend for two at Jewels Runaway Bay Resort, courtesy of co-sponsors Leisure for Pleasure Holidays and Tours, is also up for grabs on the night, and organisers encourage patrons to store their ticket stubs in a safe place.