Dale Virgo, rising with every rhythm 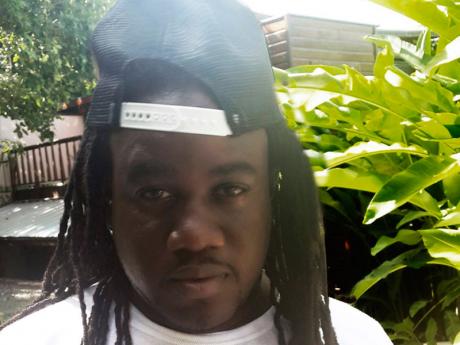 There are many producers in Jamaica, but not many can show off a plaque they received for being one of the producers on a Rihanna multi-platinum album.

Geejam's in-house producer, Dale Virgo, can credit himself for the track Crazy Little Thing Called Love on Rihanna's album, A Girl Like Me. All this happened in 2005, when Virgo was a student at Edna Manley College of the Visual and Performing Arts (EMC), after many thought he made a stupid move by leaving the University of Technology after one year to study music at EMC.

Virgo explained that his publisher submitted beats from him and other local producers to Rihanna's team, and his beat was chosen.

"Call it luck ... . I couldn't believe. I didn't expect them to select me," he told The Gleaner, noting that he also produced Gyptian's Serious Times, which was also a hit during the same time period.

"The album was major. They had different genres, they experimented, and it worked," he said.

The success with Crazy Little Thing Called Love and Serious Times pushed Virgo to do even more.

"I just love music, and I wanted to do more. I was doing music 24/7. I had my studio in my bedroom, I built a voicing booth in my room. I had a lot of artistes pass through my studio," he said.

"It looked more like a studio than a bedroom. You wouldn't see personal stuff around. People would sit on the bottom of the bunk bed and I would sleep at the top. That was in my mother's house, but they (family) accepted it after a while," Virgo recalled.

During those years, Virgo was also very influential on the gospel music scene, working with top gospel reggae acts at the time. But in 2008, a great opportunity came his way when he started working at Geejam Studios in Portland. "Working with Geejam opened a lot of opportunities, it gave me a professional edge. It seems this is what I was preparing myself for," he said, "I learnt a lot and I met a lot of people being here. It's just never-ending opportunities."

Virgo is also part of the popular Jolly Boys mento band that is currently on a European tour. But Virgo said he opted out of the tour to work on other projects, including one with dancer Mystic, as well as a jazz band. Some of this work will be done with a production team called Diztroy, which is a collaboration between himself and Troy Baker.

Although he is still at Geejam, Virgo still has productions as part of his newly formed DZL Record label. The most recent production was the 'Perfect Keys' rhythm, that featured Christopher Martin, Cecile, Chronixx, Ikaya, Sophia Squire, Angele Smith, and Divine Brown. He says he is also doing work with Kim Nain.

And Virgo has also worked with the likes of Drake, Amy Winehouse, Sean Kingston, and Cee Lo Green. He was, however, tight-lipped about the next international act that he will be working with. "Between this year and next year, you are going to see a lot of international acts doing work with Jamaicans. They love the vibe. There is renewed interest for R&B and hip-hop to be fused with Jamaican sounds and artistes," Virgo told The Gleaner.