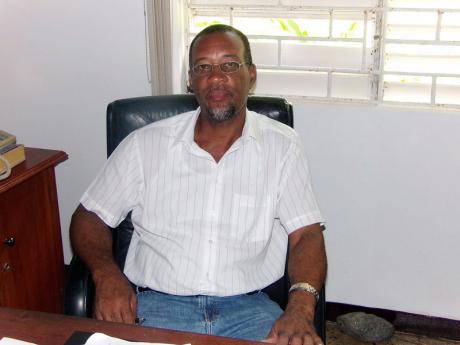 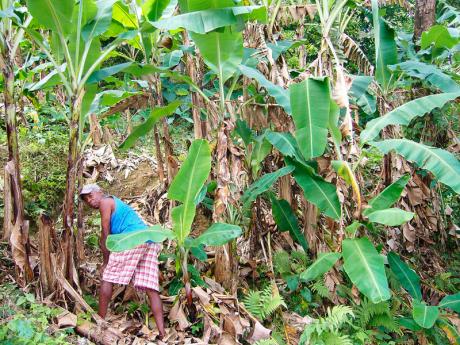 Bothered by the severe drought, which has destroyed several hectares of farm produce, farmers in Portland are struggling to cope with the intense and prolonged heat.

The extremely dry condition has literally taken its toll on just about every farmer in this parish, which is renowned for its frequent and heavy rainfall - something that has been missing for the better part of four months now, as a result of climate change.

"My loss is nearing totality," Rudolph King, a farmer at Lighthouse district in east Portland, told The Gleaner.

King added, "I have lost Scotch bonnet pepper, pumpkin, callaloo, banana, plantain, okra, yam, and dasheen, which have all been scorched as a result of the intense heat. Those that have survived, at least for now, are waging a battle for survival, which could be determined by rainfall. I am talking about four acres of produce that have either been lost or damaged. With no water, other farmers are experiencing a similar fate."

King pointed out that there could be a serious shortfall in domestic produce for the local market by December, including pepper, carrot, tomato, ginger, banana, plantain, and dasheen, which are currently affected by the drought.

Another farmer, Clive Segree, who farms in the Buff Bay Valley of west Portland, is also facing a similar challenge, as he too has lost tomato, pepper, cucumber, sweet potato, pumpkin, pak choy, and cabbage, as a result of the drought.

Meanwhile, parish manager of the Rural Agriculture Development Authority, Alfred Dunkley, said that there could be a reduction in volume and quality of produce as a result of the prolonged drought.

"Several crops are affected in the parish," said Dunkley. "Gungo peas, cabbage, tomato, red peas, hot pepper, carrot, pumpkin, and callaloo have been affected. Roughly 16.7 hectares of those crops have been damaged and the estimated value is about $10.3 million.

"Crops such as cocoa, dasheen, yam, ginger, banana, and plantain have seen a loss of 119 hectares, at a value of $21.8 million. This report was made available on July 14."