No mercy for tax cheats 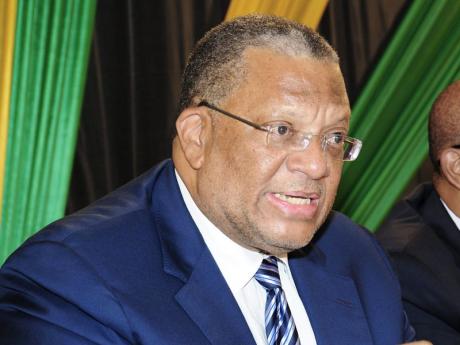 Why does there appear to be a convenient avoidance of the terms 'tax debtor' or 'tax delinquent' in all the discussions relating to the Tax Harmonisation and Tax Collection (Miscellaneous Provisions) bills which are currently before the Parliament?

Ever since Dr Peter Phillips, the finance minister, opened the debate on the bills in the House of Representatives last Tuesday, there has been a flurry of responses about the measures which are aimed at collecting from tax cheats.

The discussions, led in part by Audley Shaw, the opposition spokesman on finance, are good for democracy. The Government has, thus far, bowed to pressure and said amendments are to be introduced in the Senate to expressly reflect that the court's permission is needed for a lien against the property of a tax cheat.

While we have not yet seen the amendments, they seem to fly in the face of Attorney General Patrick Atkinson, who said such a situation could cause "chaos" and that with the mountain of tax cheats, the court would "buckle".

Shaw has said provisions such as granting the commissioner general of Tax Administration Jamaica (TAJ) the power to be able to seize and sell properties to cover tax debts appear to be a breach of due process.

The Tax Collection (Miscellaneous Provisions) Act allows the commissioner general to issue a certificate outlining the amount owed by a tax debtor, which, when registered in the Supreme Court, would have the same effect as if the certificate were a judgment obtained in the court against the debtor.

Atkinson has maintained that there was always an opportunity for persons to appeal to the court if they are aggrieved and said the use of the lien to secure revenues owing to the country comes after the end of a process, which involves persons being established as debtors.

"To suggest that in every case where the commissioner seeks to recover a debt he must take it to court, the Supreme Court will be overladen with every single tax debtor that exists in this country," Atkinson had said during the debate last Wednesday. "Can you imagine the chaos that that would cause?"

Phillips said 27 per cent of businesses with sales of $1 billion or more do not file tax returns and 21 per cent of them do not pay taxes which are due.

"The court system would buckle because there are thousands and thousands of them," Atkinson said in relation to delinquents, while arguing that it would not be practical for TAJ to take all debtors before the courts.

But the Government, faced with this advice from one who up to very recently practised in the already overburdened court system, is to include a layer of having the court approve the ordering for a lien.

I am convinced that the bill, as passed by the House, clearly outlines a role for the court. Section 40C subsection 2, which is proposed to be included in the Tax Collection Act, holds the cure to the supposed breach of due process: 'On production by the commissioner general of a certificate in respect of a tax debtor to the Supreme Court, the certificate shall be registered in the court and, when so registered, has the same effect, and all proceedings may be taken thereon, as if certificate were a judgment obtained in the court against the tax debtor for a debt in the amount certified, and the rules of court, including those providing for accrual of interest, shall apply accordingly.'

The words 'and all proceedings may be taken thereon', in my view, make it clear that if a tax debtor is aggrieved at the stage of a lien being taken out against his property he can ask the court for an injunction.

Strangely enough, the Government should take seriously the words of Delroy Chuck, a seasoned parliamentarian and one-time justice minister, who used his contribution to the debate to paint the anti-tax cheat bills as venomous to investment.

Having used much energy to condemn the bills, even making a correlation between difficulty of paying taxes and delinquency, Chuck said, "If you think the tax authorities are smarter than these business people, you have to think again because these business people know how to get around those taxes. There's no doubt about it, they know."

This is coming from a man who said some business people cannot bother with the hassle of paying taxes.

I take this matter of tax evasion and avoidance personally. I am a PAYE worker, and I get no opportunity to decide when to pay and how much. With 33.3 per cent of my salary disappearing before I get my pay advice, I see more than a moral obligation to ensure that those who owe taxes pay their fair share. I expect that when this is done, over time, we will see tax rates coming down as the burden is spread around.

Consider the fact that of more than 62,000 companies registered in Jamaica, more than 70 per cent are not registered for tax purposes. Only 6,000 firms file tax returns, half of which, or five per cent of all registered companies, actually pay corporate income taxes. One per cent of registered firms pay three-quarters of the collected taxes, which is estimated to be only a fifth of what is due.

Similarly, it is estimated that around 250,000 professionals and self-employed persons should be on the tax roll, but only about three per cent of that number are tax payers.

The fact that these criminals are hiding in plain sight is little comfort. For example, there are some doctors who operate on a cash-only basis. Also, one just has to walk through downtown Kingston, or any major town for that matter, and do a quick survey of those cash-only businesses. The result will be frightening and, if only one could get inside to carry out audits, we might not be surprised to find that the tax man has been shafted through devious accounting practices.

It is for this reason The Gavel welcomes the indication given to the International Monetary Fund that 50 auditors are to be employed to examine the books of taxpayers. It is such a pity tax cheats, when they get caught, may be able to drag out the process for a long time.

Let us hope that the Government has the presence of mind to have the machinery of the Revenue court well oiled in order to secure the revenues.