Scarcity driving up the prices 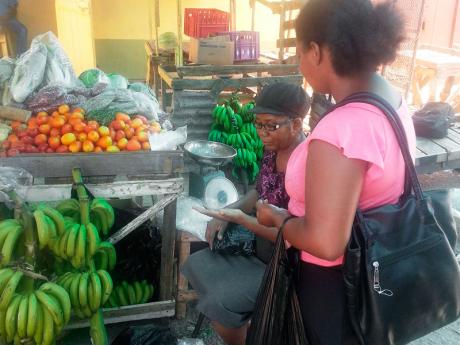 Sharon prepares her stall in the Santa Cruz, St Elizabeth market, for the day. 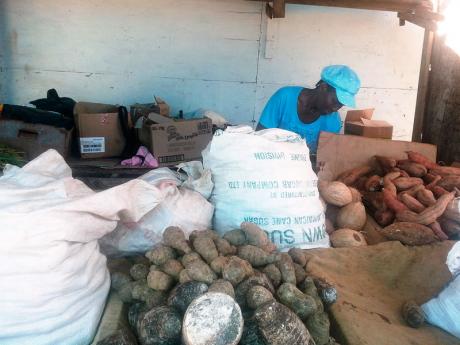 A customer buys from a stall in the Santa Cruz, St Elizabeth market. - Photos by Launtia Cuff 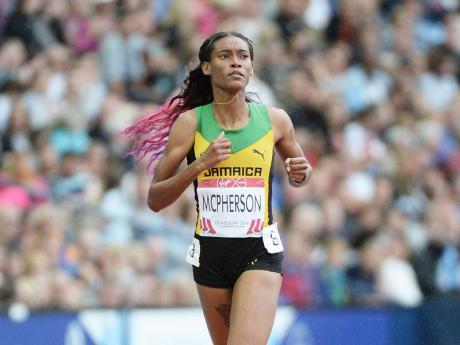 As farmers strive to find ways to combat one of the country's harshest droughts in recent years, and with news that there is worse to come, several crops in the breadbasket parish of St Elizabeth are now scarce and the farmers are uncertain of what will happen in the coming months. As a result of the drought crisis, consumers have already started to feel the effects of higher prices at the markets.

Christine, who farms with her husband, sells produce to the vendors in the Santa Cruz market. Farming mainly scallion, melons, tomatoes, cabbage and thyme, she said there is no doubt that local ground produce will run out very soon.

"Everything will be short, and soon most of them won't be around. Maybe we will have some, but depending what and in small amounts," Christine told The Gleaner.

"The cabbage dry up already and the scallion brown; everything dry up. We have one acre a cabbage and melon right now but them dry up. Most of the [planting] trays me have to throw them away because we were trying to hide them from the sun but the breeze a dry them out too."

"Tomato, cucumber, cauliflower and broccoli, peanut as well, are very scarce. It's not that they won't get it but they are very, very scarce. You have to have irrigation. Even thyme, not even half the weight you getting anymore," Facey said.

Sharon, who sells in the Santa Cruz market, said since the intense dry period the prices for agricultural produce have increased, causing vendors to pass on that increase to the consumers.

"The vegetables from some areas come een like dry grass. You can't get the produce to buy and sell as you please."