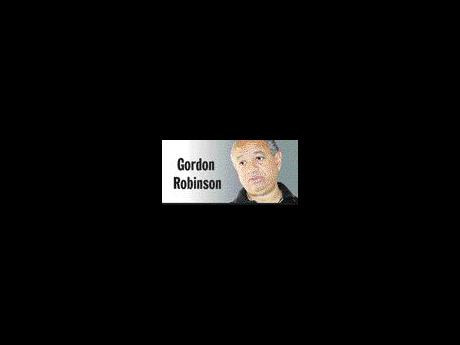 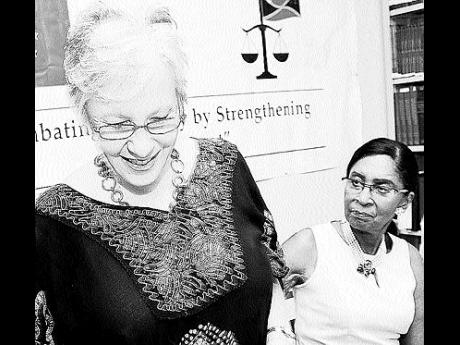 So-called human-rights advocacy group known to me as Jamaicans for Justice for Some (JFJFS) has been publicly unravelling for weeks now.

Like Martin Luther King, Nelson Mandela, Mahatma Gandhi and Jesus Christ, human-rights activists constantly swim upstream convincing traditionalists that 'unnatural' new ideas like equality for all, racial integration, sovereignty for colonised nations, and voting by women should be norms. Like Emily Davison, the suffragette who stood on Epsom Downs and was run down by the King's Derby entrant; Medgar Evers, early African-American anti-segregationist assassinated by white supremacist Byron De La Beckwith; or our own George William Gordon, human-rights activists must be prepared, if required, to pay the ultimate price for their causes.

Real human-rights activists aren't born out of igloos at the foot of Jacks Hill. They're created by passionate beliefs and unshakable commitments to see those beliefs entrenched in wider society. Any doubts that JFJFS' focus is permanently skewed were definitively dispelled by Executive Director Kay Osborne's resignation letter, excerpted below:

... I accepted an offer to serve Jamaicans for Justice (JFJ) as executive director ... as I believe in and felt I could help advance JFJ's expressed human-rights mission and mandate. Over the short period, I undertook and completed several projects consistent with the mission ... .

Over the last two months, there's been considerable public interest in a JFJ programme, 'Healthy Sexual Growth and Development in Marginalised Youth: Rights, Responsibilities and Life Skills', which predated my joining the organisation. JFJ's statement of Friday, July 18, following a comprehensive review of the children's home programme, explicitly exonerates me from having had knowledge [of], or responsibility for, the programme and affirms I had nothing to do with [its] design, development, preparation, implementation and or [content] approval, nor did I have oversight of any aspect of this programme. The JFJ statement affirms as well that the board of directors is satisfied that at no point did Dr Carolyn Gomes or anyone else either in writing or verbally indicate to me that JFJ was implementing a programme in children's homes to decrease the spread of HIV/AIDS ... and no aspect of the same formed any part of my job description ... .

The board ... , having clarified the children's home programme was an HIV/AIDS prevention intervention, has led to my decision that I cannot work as executive director of a human-rights advocacy organisation that doesn't advise me it's implementing a programme in children's homes to decrease the spread of HIV/AIDS.

Yet, I fully support the goal of providing legitimate educational initiatives to decrease the spread of HIV/AIDS. However, ... such initiatives cannot be in violation of the law and a children's homes programme requires government approval, since the government has loco parentis responsibilities for wards of the State.

With due consideration ... , I've taken the decision to resign as executive director of JFJ with immediate effect ... ."

No heart to fight

Well, blow me down! Instead of fighting tooth and nail for the modern necessity that a programme named 'Healthy Sexual Growth and Development in Marginalized Youth: Rights, Responsibilities and Life Skills' be included in curricula for local children of all school ages; instead of fighting tooth and nail for the right of our most vulnerable children to be taught life skills that'll deal with all sexual orientations existing in society; instead of giving pusillanimous childcare agencies and government officials the middle finger based on the advertised curriculum subject NOT being named 'Healthy Heterosexual Growth ... ," JFJFS embarked on an orgy of finger-pointing, seeking to shovel the 'blame' for fighting for children's human rights based on their experiential reality in a technology-driven world on to each other. So much so that Ms Osborne coughs out the bit, hauls up, and refuses to finish the race despite a JFJFS finding that "explicitly exonerates me".

She cites not being told JFJFS was "implementing a programme in children's homes to decrease the spread of HIV/AIDS ... ". OMG! What a despicable thing to do. Wait a minute. Actually, she says she supports "the goal of providing legitimate educational initiatives to decrease the spread of HIV/AIDS" but isn't prepared to fight for whatever legal changes, if any, may be required to achieve the goal.