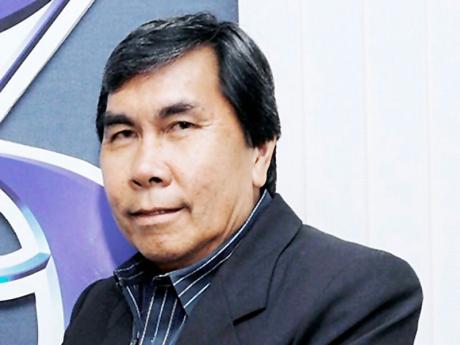 Urban planner and architect Clifton Yap has renewed his call for greater attention to proper spatial planning to incorporate the elements of good city centre designs in plans for the renewal of downtown Kingston.

He said state agencies such as the Urban Development Corporation (UDC), National Housing Trust (NHT) and National Works Agency (NWA) must begin to practice collaborative planning in future architectural developments as well as in considering investor proposals to ensure maximum use of the city's natural elements and historic buildings.

"Town planning is almost a non-existent thing in Jamaica," he said. "Right now, there is no integrated planning being done. So you might have the National Environment and Planning Agency NEPA) trying to do something, but then the other agencies are doing buildings and projects and nobody is coordinating. We need to have some structure to the way decisions are made about development. That's why we are getting nowhere," Yap charged, following a presentation at the Rotary Club of Trafalgar, New Heights in Kingston recently.

Speaking with the Wednesday Business, he called for the inclusion of downtown Kington's historic designs in future planning, even as he outlined what he said were proper design practices that have led to rejuvenated urban spaces internationally.

"What is going to make a difference going forward is that the key decision makers must have a clear understanding of past mistakes and of the essential elements that are needed to have a successful and vibrant downtown city centre area," Yap said.

"One of our main problems is that every agency is a law unto itself. Nobody coordinates on what they are doing for development. Everybody has their own mandate and they are carrying it out. They are spending money and the end result is a disaster," the architect said.

For Yap, "Our problem in Jamaica has never been a lack of resources. It's just that the resources have been used in an unplanned way, and without proper planning we can't have proper development. We have had too many major plans announced over the years through various administrations and we don't know how these projects fit into the long term scheme of improving the city."

He suggested several elements that should form part of spatial planning and design to bring downtown Kingston in line with other noted cities.

He said a vibrant and investor-friendly downtown city centre holds public realms that are more pedestrian than vehicular focused and which makes maximum use of its waterfront.

"High quality public realms for pedestrians include spacious sidewalks with shade trees, squares, promenades and well-designed and maintained plazas and parks," he said, noting the absence of such provisions in Kingston.

Yap noted the absence of buildings that characterize the energy of the town centre. "As far as possible, high-rise office buildings or residential towers usually have shops and stores at street level with visibility from an open sidewalk instead of blank walls or closed-off facades which make the street come alive when you walk by storefronts," he said. Blank walls are not conducive to attracting people to the sidewalks and it kills the energy of the street, he said.

There should also be a high density of mixed-use residential housing to draw people to the city centre, amid the state's provision of a "reasonable perception of safety and security," and quality transportation for its residents. "It's not rocket science. It's not a mystery. There are examples all over the world. We just need to put the emphasis in doing things the right way," said Yap.