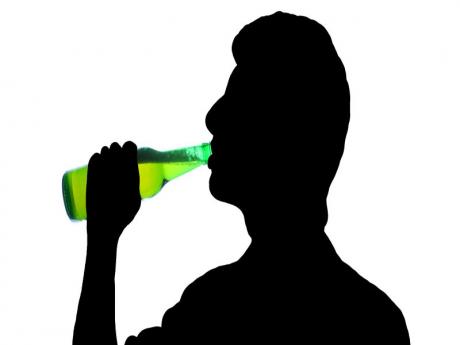 ALL THE usual alcoholic drinks contain the same chemical substance, ethyl alcohol (ethanol). Although this chemical is hazardous to body, mind and spirit, social conditioning blinds many people to the fact that alcohol is a toxic, addictive, psychoactive drug whose misuse creates a multitude of problems.

Ideally, it would be better not to consume alcohol at all, but if one chooses to drink, the dangers can be reduced. I would suggest that if you drink, do so very moderately and take protective measures.

People who drink alcohol have increased risks of many diseases. These include cirrhosis of the liver, digestive diseases like gastritis, ulcers and pancreatitis, cancers such as throat, oesophagus and liver cancer, heart disease, bone disorders, Type 2 diabetes, hypertension and gout.

Alcohol breaks down in the body into aldehyde chemicals, like acetaldehyde, that cause massive cellular free-radical damage. This insult affects our organs in a way similar to radiation poisoning. That is what makes you so sick the day after consuming too much alcohol. This is what creates your hangover. The features of the alcohol hangover include headache, weakness, shakiness, nausea and/or diarrhoea combined with lower occupational and cognitive function. Although the hangover is associated with heavy drinking, it is also quite common in the light or moderate drinker.

In the United States, poor job performance and hangover-related absenteeism cost $148 billion annually. I wonder what those figures are for Jamaica? The staggering cost of alcoholic hangover could be significantly mitigated if drinkers took protective action.

Nutrition can be used to protect your cells and vulnerable organs from the toxic chemicals produced by alcohol.

Eat before drinking: Have the best nutrition possible before drinking alcohol. High-protein and high-fibre foods are particularly useful, as they will protect and slow the absorption of alcohol from the stomach. An ideal and convenient pre-party meal is a protein shake drink full of vitamins, mineral and fibre. Aloe vera, taken before and after drinking, also protects the stomach lining from the inflammatory effects of alcohol.

An important compound called L-theanine is found only in green tea. It contributes to the taste of green tea and Japanese researchers have found that L-theanine is a powerful antidote to the toxic effects of alcohol. So have an aloe vera drink, a protein shake and some green tea before drinking alcohol.

Avoid dehydration: The consumption of alcohol increases water loss, from both urine and sweat, and promotes dehydration, which makes hangover symptoms worse. Have lots of water before and after consuming alcohol and, for every drink of alcohol, drink a large glass of water also. This will reduce dehydration and increase the elimination of toxins in the urine.

Protect your liver: The liver is the organ primarily responsible for detoxifying alcohol and its dangerous by-products. It is, therefore, particularly vulnerable to alcohol induced-free radical damage.

Before drinking, take lots of antioxidants particularly vitamin C, 2g, vitamin E, 400IU, and selenium, 200mcg, as these nutrients are greatly depleted by alcohol. Garlic contains special antioxidants that scavenge free radicals and also reduces liver damage from alcohol. The herbs, milk thistle, chlorophyll and grape-seed extract are known to protect against alcohol toxins and even help in repairing damaged liver cells. These can all be taken after drinking.

Supplementing with a natural antioxidant S-adenosylmethionine (SAMe) after consuming alcohol significantly reduces the negative effects on the liver of the dangerous free radicals. It is naturally found in every cell of the body but is depleted when alcohol is ingested. Any day you drink, taking 800mg of SAMe will be protective.

Defend your nervous system: Thiamine (vitamin B1) is a critical nutrient, a deficiency of which damages brain cells and other nerve cells. B1 deficiency can cause lethargy, fatigue, apathy, loss of equilibrium, disorientation, loss of memory, appetite and even death. Alcohol consumption depletes thiamine and produces the very same symptoms as thiamine deficiency. Before drinking or going to bed after indulging, take 100mg of thiamine along with a good quality multivitamin that contains the other B vitamins.

Generous supplementation with the omega 3 fatty acids (1 to 2g), before drinking, helps to protect the cell membranes of the nervous system from malfunction and hangover symptoms.

So, if you must drink but want to avoid damage and hangover, you must properly protect your body.

Alcohol breaks down in the body into aldehyde chemicals, like acetaldehyde, that cause massive cellular free-radical damage. This insult affects our organs in a way similar to radiation poisoning.