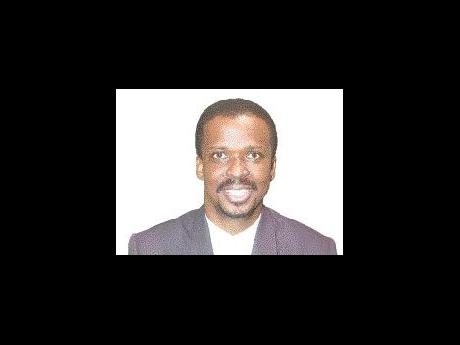 Last week, at the funeral for Leleka Champagnie, nursing icon and foundation member of the Boulevard Baptist Church, her nephew Bradley Edwards said National Hero Marcus Garvey stated in the 1920s that Jamaica needs to cut its energy costs in order for Jamaica to prosper. How many more gems of Garvey are hidden and could help us as a developing nation?

In addition, Calabar Old Boy Ewart Walters has written a book which offers a radically different perspective on the life of National Hero Alexander Bustamante. My 2009 book The Cross and the Machete challenged the dominant scholarly presentation of Paul Bogle and his followers as having murderous intentions and argues that there was self-defence in the protest based on a biblical hermeneutic of liberation.

As we celebrate another Emanci-pation Day there needs to be a Jamaica 55 Legacy project aimed at research on national heroes to provide a more accurate account of their lives in readable, accessible and affordable forms in order to inspire loyalty to nation and commitment to Jamaica as a preferred place to live, work, worship, study, retire, do business and raise a family.

There needs to be a biography in prose on National Heroine Nanny. Cultural historian Edward Brath-waite's work Nanny, Sam Sharpe and the Struggle for People's Liberation dispelled the notion that Nanny was a myth and that there are no historical records to verify her existence. There is a biography on Nanny in verse by her descendant, Colonel C.L.G. Harris, but more needs to be done because too many Jamaicans associate Nanny with catching bullets with her posterior.

Since C.S. Reid's Samuel Sharpe: From Slave to National Hero in 1988, historian Sultan Afroz claimed that Sharpe was a Muslim and there was an exhibition at African Caribbean Institute giving credence to that position. Although Professor Maureen Warner Lewis has dismissed those allegations in a journal, the claim about he being Muslim has not died. This new work would settle also the issue of two Sam Sharpes, which Philip Curtin in Two Jamaicas (1955) claimed there were. In addition, was the fire at Kensington accidental or intentional? Did a literate Sharpe believe that freedom was granted in England and the planters were holding it back, or was his protest motivated by other factors? Such questions could be settled.

I am not aware of any biography on Paul Bogle. Many works have sketches of Bogle but no single book dedicated to a biography on Bogle. There are too many discrepancies about whether it was the custos of St Thomas who ordered his militia to fire first, or was it Bogle and his followers the ones who started the violence?

There needs to be an updated biography on National Hero George William Gordon. Ansell Hart's The Life of George William Gordon was done in 1972. At that time, Gordon's mother was invisible but we now know her name and the exact date of Gordon's christening and his racial make-up. There needs to be a book that highlights Gordon's informative speeches which he made in the Jamaica Assembly.

There are many good works on Garvey, Bustamante and Norman Manley but other perspectives could be highlighted, such as the legal struggles of Garvey.

This should become part of our Jamaica 55 legacy project and be published in 2017. We need to get a group of historians and scholars together on a team to start working.

There are other possibilities, such as publishing children's books with illustrations as well as producing documentaries and plays. In addition, after all the research and writing of the individual biographies of the national heroes, these could be compiled into one book of great heroic legacy.