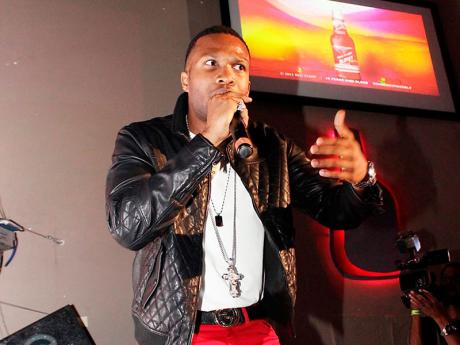 On Tuesday, August 5, Cayenne Beach will come alive as Smirnoff and Dream entertainment will bring to patrons one of the most anticipated events, the Dream Live Concert. This year's line-up includes some of Jamaica's top deejays expected to bring their high-energy performances and lyrical talent to the main stage.

Assassin, one of Jamaica's most talented dancehall artistes, looks forward to being a part of this year's line-up.

"I'm happy to be performing at the Dream Live concert this year and I am excited and looking forward to it," said Agent Sasco, aka Assassin.

This will be the first time Agent Sasco will perform at the event and anticipates a great show where he can demonstrate his unique talents and versatility.

"I always give 100 per cent when performing and patrons can therefore expect high-energy vibes, fun, lyrics and more lyrics," he added.

Agent Sasco started his career in 1999 and released his first single in 2000. Being one of the best deejays to have emerged in dancehall in the last decade, he spent many years of hard work and sacrifice building his reputation with a great level of integrity and professionalism.

"I always have fresh material mixed with the favourites and I even have some new 'old school' material," Agent Sasco said.

Jermaine Bibbons, Smirnoff brand manager, promises a great show, saying that some of the best acts are booked.

"Our consumers want great experiences and that is what we always aim to provide," Bibbons said.

Patrons can gain entry to the Dream Live concert at a cost of J$2,500/US$25, or free with their season band. Other acts booked for the concert are Spice, Alkaline, Kalado, Popcaan and Sizzla. In keeping with the National Drink Right Campaign, Smirnoff encourages patrons to always Drink Responsibly.