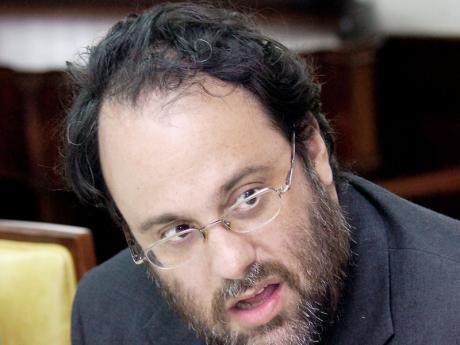 ATTORNEYS-AT-LAW and public accountants are among five professionals and owners in the gaming sector that will now be subject to reporting requirements under the Financial Investigation Act (FID) and the Proceeds of Crime Act (POCA) as the Government expands its efforts to cramp money laundering and financial crimes in Jamaica.

The other professionals or gaming sector owners that will be affected are real-estate dealers, casino operators and gaming machine operators.

"In the 21st century the reality is that crime is sophisticated, financial crime is pervasive and pernicious and corrupting and ... professions and businesses have been proven to be particularly vulnerable to becoming facilitators of financial crimes such as money laundering," Justice Minister Senator Mark Golding asserted yesterday while piloting the Orders in the Senate.

He said that these professionals and business operators must comply with the basic minimum framework of the anti-money laundering effort, noting that this was not a Jamaican reality, but rather worldwide.

Golding told members of the Upper House that the Financial Action Task Force and the Caribbean Financial Action Task Force monitor countries in the region to ascertain whether they are complying with international anti-money-laundering efforts. "Attorneys-at-law are part of this arrangement all around the world now. If you don't comply, you are subject to all sorts of potential sanctions that could be damaging to your economy and your society," he explained.

Golding argued that those who handle clients' properties, money and get involved in business dealings on behalf of their clients are regarded as high risk from a money-laundering facilitating point of view.

He made it clear that the Orders would not affect a lawyer who represents his client and charges a fee for his services. However, he said an attorney who handles funds for his client falls within the net and is obliged to comply with reporting requirements. "If he does not do so, he will be in breach of the provisions of the Proceeds of Crime Act and the Financial Investigation Division Act," Golding noted.

Under the POCA and FID Acts, legal professional privilege is specifically protected and preserved.

The POCA and FID acts were amended in 2013 to facilitate bringing designated non-financial institutions within the legal framework for combating money laundering.

Specifically, the Senate approved the FID (Designated Non-Financial Institution) (Attorney-at-law) Order, 2014. The new requirements relate to any person whose name is entered on the roll of attorney-at-law pursuant to Section 4 of the Legal Profession Act, and who carries out any of the following activities on behalf of any client: Purchasing or selling real estate; managing money, securities or other assets; managing bank accounts or savings accounts of any kind or securities, accounts; organising contributions for the creation, operation or management of companies and purchasing or selling a business entity.