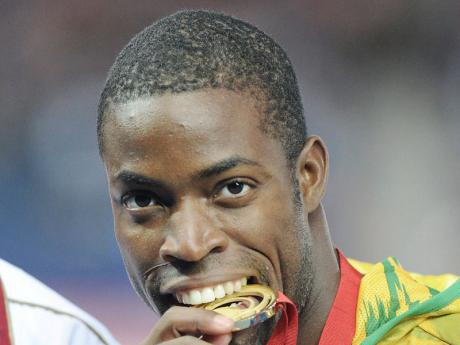 National and Commonwealth titles now firmly in his grip, Jamaican 110m hurdler Andrew Riley is ready to further challenge himself as he looks to continue his improvements.

Riley took the sprint hurdles title at the Glasgow 2014 Commonwealth Games with a close 13.32 win over England's William Sherman, 13.36 and Barbados' Shane Brathwaite, 13.49, on Tuesday night at Hampden Park, Scotland.

Elated and thankful for his latest success, the man who in 2012 held both the United States Collegiate 100m and 110m hurdles titles - the first and only athlete to do so - says he is looking to prove his depth and head back into the flat sprint.

"I've been having a lot of ups and downs this season and I thank God for helping me to claim my first championships, I am grateful for it and it's an important stepping stone," he said.

"The hurdles is such a weird event, you have to conquer 10 hurdles, and every race you have to go out there and prepare yourself mentally to challenge these 10 barriers, and even though it wasn't one of my better races, I'm happy I got the job done today (Tuesday)," Riley added in post-race comments.

Still, always looking to improve himself and test his abilities, Riley says he will be adding more 100m races to his 110m hurdles assignments in the near future.

The 25-year-old has a 100m personal best of 10.02 seconds, posted at the National Collegiate Athletics Association (NCAA) Championships in 2012 to go with his 13.14 lifetime best in his 110m hurdles pet event.

Riley's lone 100m this season was clocked at 10.48 at the Texas Invitational in April.

"We are a country of sprinters and the hurdles is a sprint event, and I think we should have more guys challenge over the 110 hurdles instead of settling in the 100m and 200m, those events are saturated even though I may go back to the sprinting, myself," Riley said, shortly before collecting his 110m hurdles medal last night.

"I still have that speed, even though this year was only about trying to get more technical and work on my steps in between the hurdles," Riley shared.

"I'm probably one of the hardest-working guys, I know myself and I know that if I challenge myself and put in the work, I can probably get it done (in the 100m)," said Riley. "It's always about challenging myself, and hurdlers these days are just settling for the 110m hurdles and you have 400-metre guys who can sprint a 200 and there are also guys who can run the 100 and the 200 metres. I just think for me, it would be an opportunity to challenge myself with my talent."