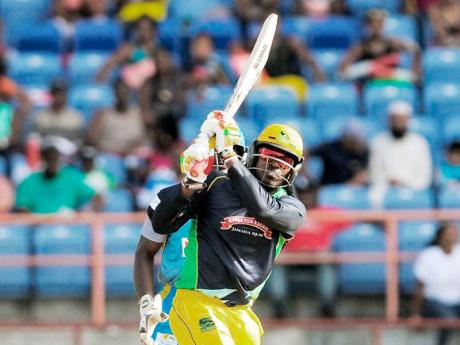 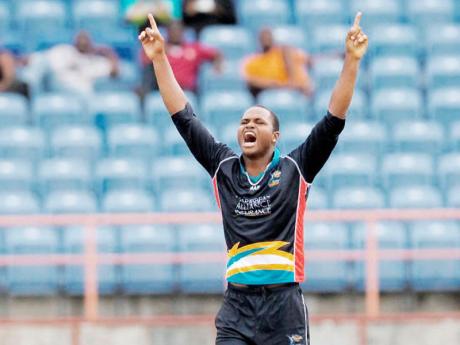 Jamaica Tallawahs will today seek to get their Limacol Caribbean Premier League title defence back on track when they face the Antigua Hawksbills at Sabina Park, beginning at 2 p.m.

The Tallawahs, currently third in the league standings with six points - three wins, one loss - will enter the contest looking to better their last performance, against the Trinidad and Tobago Red Steel, where they went down by 13 runs at Queen's Park Oval.

The Red Steel, who lead the standings with 10 points - having won five and lost one of their matches - made 183 for five, to which the Tallawahs responded with 170 for six.

"We were very disappointed with our performance against Trinidad, as we had played really well up until then," said Tallawahs coach, South African Mickey Arthur.

"It's a game that gave us a sort of wake-up call and we want to get back on the track.

"It's very important that the guys rack up with the intensity and start strong in the three home games that we have."

Captain Chris Gayle, who with 219 runs is third in the league's batting standings behind Barbados Tridents' Dwayne Smith (248) and Guyana Amazon Warriors' Lendl Simmons (224), will look to lead the Tallawahs batting along with opening partner, Chadwick Walton, Australian Adam Voges and the big-hitting André Russell.

The trio, at different points so far, has put in man-of-the-match performances, with Russell also gaining credit for the role he has played with the ball.

Russell, the team's leading bowler against the Red Steel with two for 23, is currently top of the Tallawahs' bowling with six wickets, and ninth in the overall league standings behind Barbados Tridents' Ravi Rampaul, who has 11.

"We have been working together as a team, as a squad and that has really benefited us throughout," Arthur said.

The Hawksbills, in the meanwhile, who need to start winning if they harbour any chance of making the semi-finals, will be hoping Samuels and fellow Jamaicans, fast bowler Sheldon Cottrell and batsmen Danza Hyatt and Shacaya Thomas, come good in home conditions.

Samuels, having amassed highest scores of 84 and 66 so far, is the team's leading scorer with 180 runs, which puts him seventh in the league standings, while Cottrell is 10th in the bowlers category with six wickets.

Hyatt has scores of 36, zero, seven, eight and zero, respectively, while Thomas, who has played three games, has only been able to put up 20, one and two not out.

Australian batsmen David Hussey and Ben Dunk, as well as left-arm wrist spinner Brad Hogg, are among the other players on whom the Hawksbills will be counting.