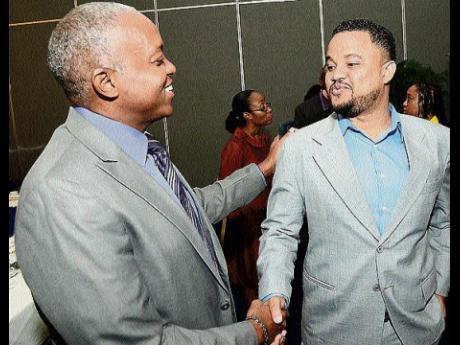 The Bank of Jamaica (BOJ) approved the second phase of the Jamaica Co-operative Credit Union League's (JCCUL) mobile wallet on Wednesday, meaning that all Jamaicans, including the unbanked, will now be able to use their smartphones for a range of financial transactions.

The BOJ approval for the stored-value account mobile wallet means that any Jamaican can now sign up for the product, and does not require any type of bank account as would be required for mobile banking.

The move "will definitely transform the financial space in Jamaica," said Heston Hutton, managing director of Centralized Strategic Services' (CSS), a subsidiary of the JCCUL, which is driving the development of the product.

The mobile wallet, branded JCUES (Jamaica Credit Unions E-payment Services) currently has 2,000 users. But up to now, users have to be members of one of eight credit unions.

CSS is looking to increase the number of users to 50,000 by the end of the year, Hutton said.

He said that 70 per cent of Jamaicans are under-banked, with many expressing the view that "banking is for big people".

But there was a need to facilitate those persons who do not have a relationship with a financial institution, he said.

"Whether you are a handcart man or whoever, you should be able to afford being in the financial space without paying exorbitant fees," Hutton said.

The BOJ approved the second phase on Wednesday, Hutton told a president's breakfast meeting of the American Chamber of Commerce at The Jamaica Pegasus hotel, New Kingston, yesterday. Approval of the second phase comes one year after the bank gave approval for the first phase in July 2013.

The central bank has also given approval for the functionality of the wallet to be expanded. In the first phase, users were able to undertake top-up, bill payment and balance enquiry transactions, but can now also perform cash in/cash out (deposit or withdraw funds), inter-account transfers and person- to-person transactions.

The mobile wallet's regulatory approval makes it unique in a global market where most similar products were launched before receiving such approval, Hutton told the Financial Gleaner. As a result, the JCUES product has been creating interest in several countries, including credit unions elsewhere in the Caribbean and Ecuador in South America, Hutton said.

The project will continue to be run on a pilot basis, but Hutton plans for what he said is a "massive" launch in early October, possibly under a new brand name.

Users do not necessarily need a smart or Android phone to access the service but must have a data-enabled phone, said Hutton, noting that that should not be an issue given that "90 per cent of phones out there" are data-enabled.

"Registration is extremely easy" and only requires a government identification card, he said.

Cash in/cash out can currently be done at the 36 branches of the eight credit unions. That will be expanded on August 11 to include 22 Paymaster-owned locations. CSS is also looking to expand to seven other credit unions as well as the extended Paymaster network and possibly to other agents such as gas stations.

Hutton said other financial players were trying to establish similar products, but the Jamaican market is "too small for multiple players."

The JCUES mobile wallet was developed by CSS and Mozido, a US-based technology company.