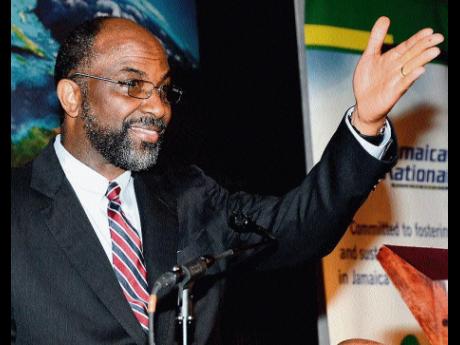 The Jamaica National Building Society (JNBS) said several operational changes it instituted in the last year, including the rationalisation of some of its rural locations and upgrade to its systems, have assisted in improving the efficacy of its operations.

At the same time, General Manager Earl Jarrett told members at the society's 140th annual general meeting at The Jamaica Pegasus hotel, New Kingston, recently that JNBS had returned to pre-National Debt Exchange performance with a surplus of $1.8 billion and an increase in group assets to $162.4 billion from $144.6 billion.

Surplus for the previous financial year was just over $300 million, the society said.

During the last financial year, JNBS converted some of its locations, which were transaction-driven, to JN MoneyShops. These included locations in Annotto Bay and Gayle, St Mary; Christiana, Manchester; and Linstead, St Catherine.

JNBS said the MoneyShop concept has allowed it to provide a wider range of transactional services which were costlier in the normal branch structure. MoneyShops also provide members with the convenience of longer opening hours as well as Saturday banking.

"We also shifted our high-volume transactions, such as bill payments and remittances, to MoneyShops, and now the queues in branches are shorter, the turnaround time is quicker, and the team at Jamaica National now has more time to speak with members, as well as assist them to solve financial problems," Jarrett told members.

The project was piloted in September 2013 and fully implemented in January this year, resulting in a 29 per cent decrease in over-the-counter transactions and a 38 per cent increase in use of the cash recycler deposit ATM in one of its busiest locations, the Half-Way Tree branch.

The operational changes were also supported by increased use of the LIVE by JN online banking portal, which was upgraded in June. The portal allows members to conduct a variety of transactions, including bill payments, transfers to JN accounts and local commercial banks, wire transfers, foreign exchange and phone top-ups.

"During the year, we upgraded our Phoenix banking system, which has improved transaction processing times by as much as 62 per cent, and we did it in anticipation of a future world in which we needed to be up and about for 24 hours per day," he said.

Jarrett said that during the financial year, JNBS also applied for membership of the Society for Worldwide Interbank Financial Telecommunication network to improve the efficiency of wire transfers, given a 75 per cent growth in the society's wire transactions.

"We have applied and they have accepted us. Therefore, we will now be able to facilitate straight wire transfers, reducing the potential for errors and decreasing transaction time," he said.

"All this was done to ensure that the organisation is ready and improved to deliver the kind of services that you require," Jarrett said.