Tortuga gets foothold in London 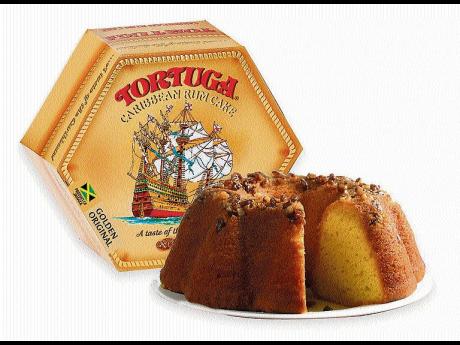 Tortuga, which has bakeries and operations in Grand Cayman, Jamaica, Barbados and The Bahamas, announced the move last Friday, stating that it is the start of a strategy to deepen penetration in the United Kingdom (UK).

Dianne Tomlinson-Smith, group financial controller with Tortuga International Holdings, said on Tuesday that the company is targeting "10 per cent of our sales to the UK and Europe within two years".

Owner of the Convent Garden-based restaurant is Theresa Roberts, who launched Jamaica Patty Company in 2013.

In a company release, Tortuga quoted Monique Hamaty-Simmonds, chief marketing officer of Tortuga International Holdings, as saying that "we are encouraged by the placement of Tortuga rum cakes on the menu and the shelf at the Jamaica Patty Company in Covent Garden".

It said Tortuga continued to execute on its broader vision to open new markets and channels and believe its relationship with the Jamaica Producers Group "will only support this initiative".

Founded in the Cayman Islands in 1984 as the Tortuga Rum Company Limited, in 2012 the Jamaica Producers Group paid US$4.89 million for a 62 per cent stake in Tortuga International Holdings.

Tortuga, which specialises in cakes and rum, operates production facilities in Barbados, Cayman and Jamaica. It maintains a distribution outlet in South Florida and has a franchise operation in The Bahamas.

Its line of products is sold on nearly 100 cruise ships and at gift and specialty shops throughout North America and the Caribbean.

The company said in its release that Tortuga Jamaica has plans to expanding into new United Kingdom markets, which will provide it with the opportunity to introduce new customers to the brand.

Retailers and brands such as Jamaica Patty Company "will increase awareness and exposure to travellers from all over Europe and the USA," it said.