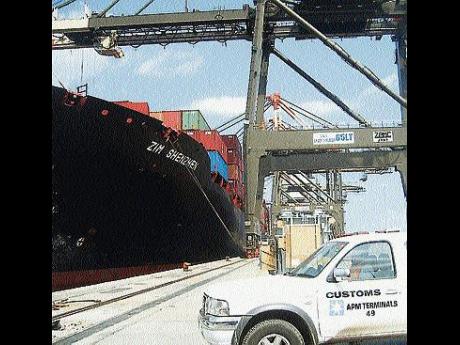 A senior Barbados govern-ment minister on Wed-nesday called on the manu-facturing sectors in the Caribbean Community (CARICOM) coun-tries to take full advantage of trade agreements signed by Caribbean governments with their inter-national counterparts.

Industry, International Business, Commerce and Small Business Development Minister Donville Inniss, addressing a symposium organised by the Barbados Manufacturers' Association (BMA), said it makes little sense to sign regional and international trade agreements if the manufacturing sector, for whose main benefit these agreements are intended, does not exploit the opportunities for new and expanded market access.

"If these agreements are effectively utilised, they can be a critical element in our economic development by facilitating the expansion of the domestic manufacturing sector.

"As we all know, when the entire recession abates, new opportunities will be presented but only the innovative and the forward-thinking entrepreneurs will be positioned to seize these opportunities. It simply cannot be business as usual.

"Manufacturers must utilise trade intelligence to build effective and profitable international trading relations. Trade intelligence plays a major role in increasing your companies' knowledge base, improving your products and services, and assists in keeping you informed of changes in your competitors' products, specifications and trading strategies," Inniss said.

The symposium was held under the theme 'The Reality of Conducting Business Within the Manufacturing Community' and Inniss made reference to trade and economic agreements such as the CARICOM Single Market and Economy that allows for the free movement of goods, services, labour and skills across the region and the European Union-African, Caribbean and Pacific Economic Partnership Agreements.

He said manufacturers needed to take full advantage of these accords so as to "exploit fully, potential market access opportunities".

Inniss also announced that his ministry is in the process of establishing a trade advisory council, which would bring together the various stakeholders involved in trade of goods and services in and outside of Barbados.

The council would also ensure that there was closer collaboration on the issues that confronted the sector.

Inniss said he hoped the establishment of the council would aid in removing bottlenecks, and really position Barbados once again to Mbe a major player on the regional frontier in terms of trade of goods and services.