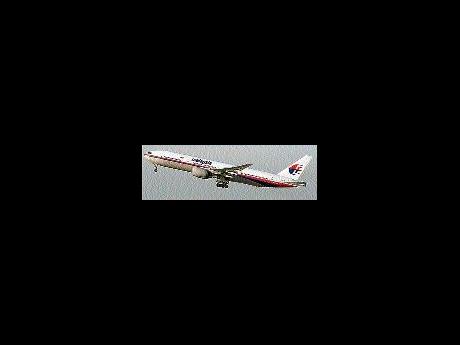 Russia blasted the West's new economic sanctions on Wednesday, accusing the United States of being "prosecutorial" in its drive to impose penalties on the country's key energy and finance sectors.

The US and European Union (EU) on Tuesday announced a raft of new sanctions that would limit the trade of arms and technology that can be used in the oil industry and for military purposes. The EU also put its capital markets off limits for Russian state-owned banks.

The US and EU say Russia is helping the separatist rebels in eastern Ukraine who are accused of downing the Malaysian Airlines jet this month.

Russia's foreign ministry said Washington was "advancing baseless claims". In a statement, it accused the US of conducting itself in a "pretentious, prosecutorial manner".

Experts say the penalties, which had until recently mainly targeted individuals, will have more bite to them this time, rippling through the economy and causing deeper damage.

The biggest immediate impact is likely to come from the financial sanctions. In a first sign of concern, Russia's central bank said on Wednesday it would support banks targeted by the penalties.

"State-owned banks are the core of the Russian banking system. Together they count for half of assets, half of credits — they perform a very significant role," said Vladimir Tikhomirov, chief economist at BCS Financial Group. "Given their current difficulties in raising new debts ... that would mean their ability to lend to other banks, smaller banks, is going to be more restricted also."

US officials said on Tuesday that roughly 30 per cent of Russia's banking sector assets would now be constrained by sanctions. EU officials said Russia's majority state-owned banks last year issued long-term debt worth €7.5 billion ($10 billion) on the EU market, as well as €15.8 billion in debt on the Russian market.

The measures against Russian banks are meant to inflict just enough pain without causing them to collapse. Only debts with a maturity of over 90 days will be targeted by the measures.

"The aim is not to destroy these banks," said a senior EU official, who was briefing reporters on condition of anonymity prior to the sanctions' official announcement. "We do not want them to get into a liquidity crisis."

But analysts say the sanctions will inflict economic pain, not least because the resulting uncertainty will ensure investors stay clear from the dealings with those banks for fear of running afoul of sanctions.

The EU also moved to prohibit key technology exports that could be used for oil exploration and development in Russia, which relies heavily on Western expertise. EU officials noted that the prohibition would target just one-tenth of overall energy tech exports to Russia, and some analysts say that such projects would only be impacted in the next year.

The reaction in the stock markets in Moscow was mixed, as investors had sold off shares in Russian companies for the past two weeks after Malaysia Airlines Flight 17 was downed. Reports last week that the new, tougher sanctions were due had also caused markets to tumble for days ahead of their formal announcement on Tuesday.