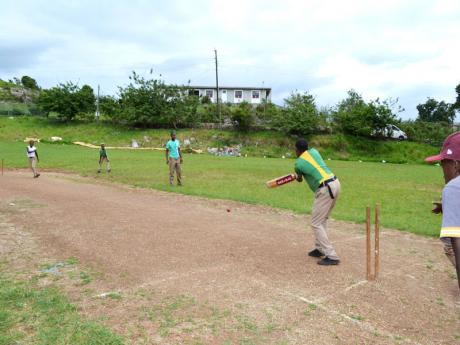 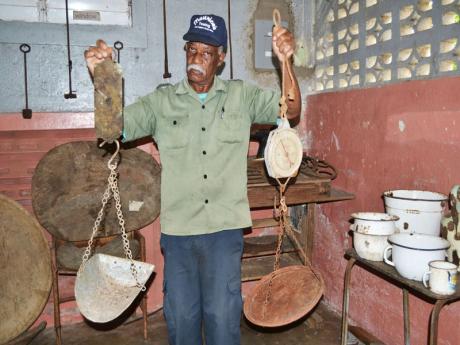 Enue Davey displays some of the artefacts in the museum at Nazareth All-Age School in Maidstone, Manchester. 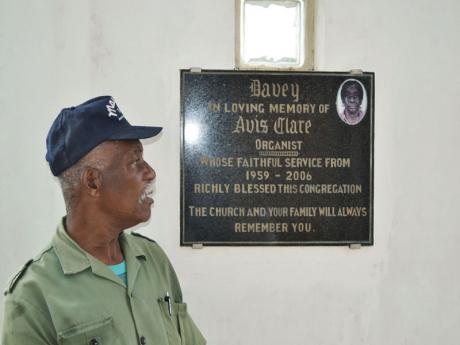 Maidstone in Manchester: Enue Davey looks at a plaque he mounted in honour of his wife in the front porch of the Nazareth Moravian Church, in Maidstone, Manchester.
1
2
3

From it was established by the Moravians from Germany in 1840 as a free village for newly emancipated enslaved Africans, Maidstone in Manchester has remained a quaint mountaintop northwest Manchester community, with the Nazareth Moravian Church and all-age school being its greatest institutions.

Located in a cockpit country of hillocks and dells, peasantry became the backbone of Maidstone's existence, and now 174 years later, peasant farming is still the main way of eking out a living. A recent Gleaner tour of the community found a dwindling population, insufficient social amenities, and frustrated residents.

Over the years, many people have migrated from that rocky place to 'greener pastures', never to return. Others, however, have returned permanently, whether after retirement or for love of their community. One of those who have returned to Maidstone permanently, it seems, is Enue Davey, well known as 'Sas' or 'Soljie'.

Born and bred in Maidstone, Davey attended the Nazareth school, built by the Moravians, and has been a member of Nazareth Moravian Church. For educational purposes, he left Maidstone for the Hanover Street-based Kingston Technical High School, which he didn't complete because of financial challenges.

After Kingston Technical, it was on to the then newly opened College of Arts Science and Technology (CAST, now the University of Technology) where Davey studied electrical engineering. Yet, it has always been Davey's desire to join the army since his grandfather was a WWII veteran. However, his height was an obstacle.

The army was quite rigid at the time, so though he was only 1/2 inch shorter than the required 5' 8", he was not accepted initially. While still at CAST, Davey applied for a job at ALCAN, Kirkvine, and got it. That was 1965, when he was already married. He returned to Maidstone that same year, and has been living there since.

His dreams of being a soldier were finally fulfilled when he joined the National Reserves in 1966. Over the years, he moved through the ranks from private to warrant officer class one. Resignation from the army came in 1998. He left with a medal of honour for efficient service and an award for long service.

Being a reserve meant he kept his job at ALCAN, where he worked for 25 years until redundancy in 1990. But redundancy and retirement are anything but, for Davey. He has evolved into a community leader who has done much for the development of Maidstone, where he is vice-president of the community council.

His no-nonsense, 'military' attitude towards whatever endeavour he is involved in might not have endeared him to some residents, but he is regarded as a community stalwart, who has a building in which the branch library is housed at the front of his yard.

He was also instrumental in the construction and expansion of the basic school, and has raised funds for the levelling of the playing field at Nazareth All-Age School. Davy's involvement came again when a huge section of the Moravian church roof was blown away by Hurricane Ivan in 2004. Some people wanted to reconstruct the church with a plan that was in "their head". He would have none of it.

The "regimented" Davey wanted to restore and preserve the original structure so he got the Jamaica National Heritage Trust and some other people involved. Restoration took place in 2006, the same year Davey's wife, Avis Clare, died.

In 2007, Davey got permission from the church to add a porch at the front with his own money in honour of his wife, a well-known and respected teacher/organist who taught at Nazareth All-Age School for 36 years and was organist at the church for 40 years.

Davey was informed by the Office of the Prime Minister that he will be awarded a badge of honour for meritorious service, come October.