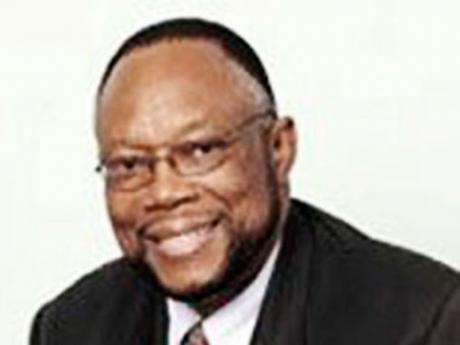 NOTED HISTORIAN and university lecturer Shalman Scott is questioning the validity of Jamaica's orthodox history, claiming huge chunks are steeped in errors and deliberate omissions, especially accounts of Sam Sharpe rebellion and issues relating to the development of the Church.

"From more than one sources, I have found orthodox history to be filled with inconsistencies of huge proportions, to be racially biased, even in the public strait of religion and the Church and the information heavily doctored in many instances," Scott said.

Scott, a former mayor of Montego Bay, was delivering the keynote address at the annual Emancipation Lecture of the Calvary Baptist Church, in Montego Bay on Sunday. It was staged under the theme, 'Sam Sharpe's Journey - Plantation Slave to National Hero'.

Referring to local historical accounts of the Sam Sharpe rebellion of May 23, 1832, Scott took aim at local educational authors, Clinton Black and F. R. Augier, for their omission of this landmark historical event in their respective books.

"The abolition of slavery was attributed to British goodness ... the part played by rebel slaves, including our own Samuel Shape, in achieving the abolition of slavery was rarely mentioned." Scott said. "For example, the Sam Sharpe rebellion was not included in our 178 pages, History of Jamaica, written by Clinton Black, a white Jamaican archivist for many years, who is more than familiar with the facts, but just chose to omit some of them.

"Neither was the rebellion listed in the book, The Making of the West Indies. These history textbooks were prominent at all levels of the educational system for several generations, yet it was that rebellion, involving 20,000 slaves in Western Jamaica alone, in addition to slaves in the parishes of Manchester, St Ann and St Thomas, that shattered the gridlock ... ," he added.

The historian also took issue with the naming of churches and free villages in Jamaica and the wider Caribbean, declaring that though African preachers "were and still remain the cornerstone of non-conformist Christian witness in the region", they were not given their due recognition, but instead their honour was bestowed on undeserving white missionaries.

"Falmouth Baptist Church was made bigger in 1827 under the supervision of Reverend Thomas Burchell and later named as a memorial to the Reverend William Knibb, who had nothing to do with neither its original construction nor how and when the congregation started.

"Of the over 200 free villages established in Jamaica after Emancipation, why not even one was named after an African Jamaican preacher? And of over 1,200 free villages established throughout the English-speaking Caribbean, why not even one was named after a black emancipator in England or an African-Caribbean preacher... how many churches in Jamaica and in the region were named as a memorial to them and why not?" he questioned.

Though he was making specific references to Baptist churches, Scott expressed that the issue was not just confined to the Church, but "ought to be an issue of national concern, regarding the squalid way in which our Jamaican history generally has been published", adding that "too much of our history has remained obscured, too much of our history to foster logical connectivity has been deliberately omitted, and too much has been twisted."