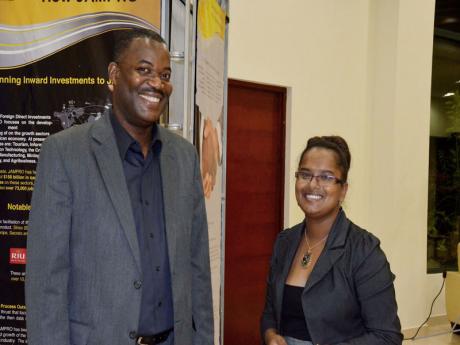 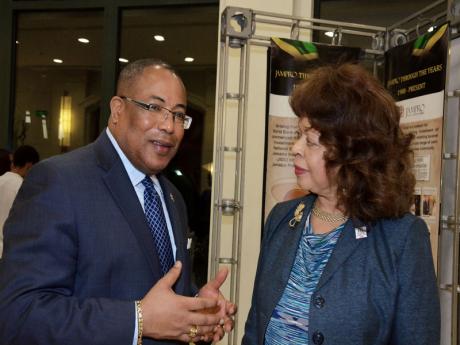 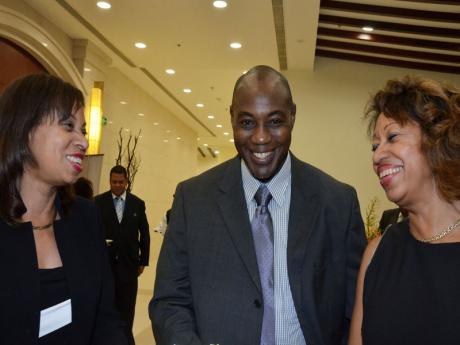 From left: Minister of state in the Ministry of Industry, Investment and Commerce, Sharon Ffolkes-Abrahams, manager of JAMPRO west, Conrad Robinson, and president of JAMPRO, Diane Edwards, share a laugh. - Photos by Janet Silvera 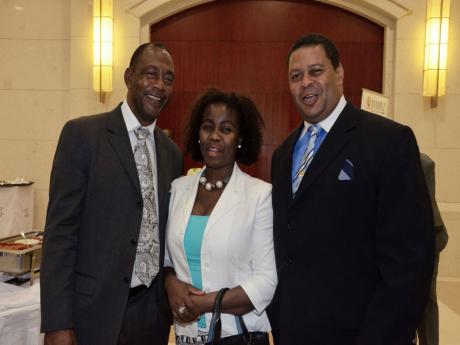 We snapped (from left) mayor of Montego Bay Councillor Glendon Harris, Montego Freezone's Gloria Henry, and vice-president at Jampro, Robert Scott, at the opening of the new JAMPRO offices. 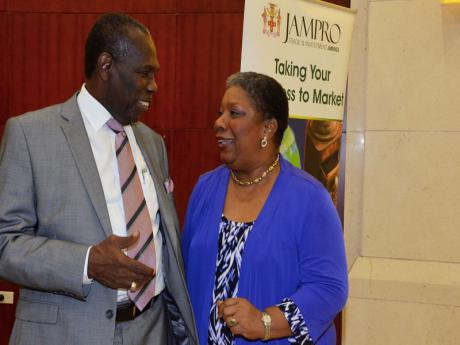 JAMPRO stakes claim as being the first tenants of the SMG-managed facilities. They are soon to be followed by the Jamaica Tourist Board, which also plans to relocate to the business climes of the elegant corridor - Rose Hall.

Last Thursday night, JAMPRO's president, Diane Edwards, led by Minister of Industry, Investment and Commerce Anthony Hylton, heralded a new day for the agency during the official opening and ribbon-cutting ceremony at the centre.

According to Edwards, this was a more appropriate location to deliver a range of services to the local business community as well as the global investor.

Not only is Edwards convinced the new location will increase the agency's visibility and accessibility, but the move, she said, was "in keeping with our mandate to be a catalyst for business and wealth creation."

The evening was topped with a delicious fare showcased by the award-winning chefs at the convention centre, good wine, and great conversation!