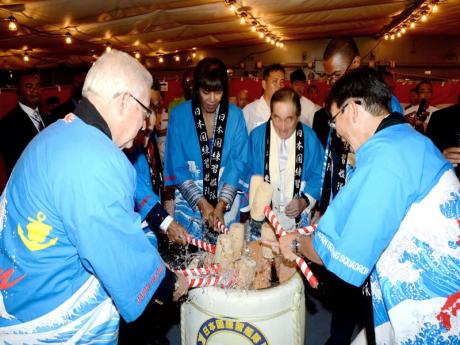 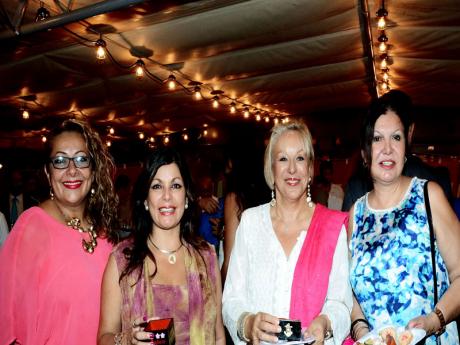 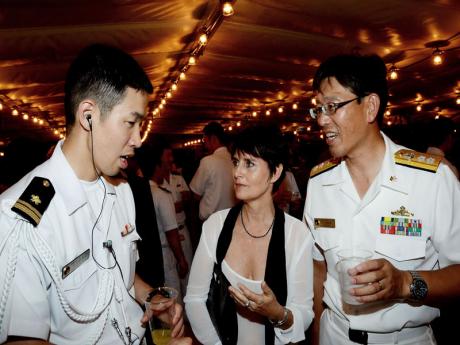 The Japanese chose a boat expedition to commemorate 50 year of diplomatic ties between Jamaica and Japan as well as Japan - CARICOM Friendship Year.

The celebration took place aboard Kashima one of three Navy ships that made it to Jamaica. This was the first time that Jamaica had three Japanese Navy ships docked in any of its ports. However, on June 23, Kashima looked nothing like a navy vessel. The hospitality of the Japanese training squadron made every patron feel like a guest of honour, saluting everyone and helping women up and down steps with the ultimate red-carpet treatment.

The formalities began with opening remarks from Japanese ambassador to Jamaica, Yasuo Takase, followed by Rear Admiral Hideki Yuasa, commander of the Japan training squadron - thanking Jamaica for its hospitality after being in the country for a day.

NEW MEMBER OF THE FAMILY

Minister of state in the Ministry of Foreign Affairs and Trade, Arnaldo Brown, welcomed the visitors, telling them they were no longer strangers but now family.

The fomalities ended Japanese style with special guests taking part in the kagami-wari - the breaking of the head of the sake barrel. Prime Minister Simpson-Miller and Brown, along with Yuasa and Takase, were armed with wooden hammers and, on the count of three, in unison, knocked the barrel head. As the cheers died down, guests returned to exploring the boat while enjoying some smooth and delightful sake.