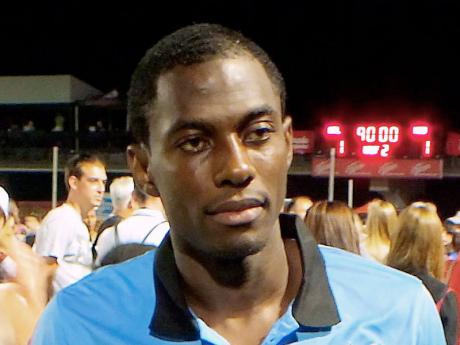 Constant juggling of the squad during crucial World Cup qualifiers was the main reason Jamaica failed to reach football's biggest tournament in 2014, according to a senior player.

Omar Daley, capped more than 70 times for Jamaica, blamed the country's football organisation for not maintaining consistency, leading to the Reggae Boyz' dismal last-place finish in the hexagonal or final round of CONCACAF qualifying.

"Definitely, I think so, because every time you play two games ... the same team never turns up the other game," said Daley after representing Minnesota United FC in a 1-1 draw with Atlanta Silverbacks in a North American Soccer League game here on July 26. "So I think too much chopping and changing. That caused the problem.

" ... That was the main cause of (Jamaica's failure). It wasn't a steady understanding of the team and how the team (would) go about it."

According to Daley, Jamaica had enough talent to qualify. He offered the country's competitive performances against United States, Mexico, Costa Rica and Honduras as proof. The first three advanced to the second round in Brazil.

"People think it was an easy group, and you look at Costa Rica, US, Mexico, they did so well and I think we were in a tough group," Daley explained. "But at the end of the day, we can't blame no one. I still believe that we let down ourselves as a nation."

"I think they should pick a 40-man squad and work with it throughout," Daley said. "Too much chopping and changing causes too much confusion. Players not sure if they're gonna play this week or they're gonna call next week."

Jamaica selected 54 different players for the 10-game hex, according to CONCACAF's website. Daley, who played in both Mexico games, said Jamaica's inconsistency may have caused dissension.

"We went to Mexico and had a good result (0-0) .... and then the other game, some players were dropped, like six, seven, eight players, and didn't even play a game," Daley explained. "So, some players can say they were treated unfairly, which is all back down to the chopping and changing."

The US, he argued, maintained consistency and finished atop the hex. CONCACAF's website showed Jamaica selected at least a dozen more players than the Americans.

"Just the organisation overall," said Daley. " ... You don't just drop someone and bring someone from the outside to play in a World Cup qualifying game."