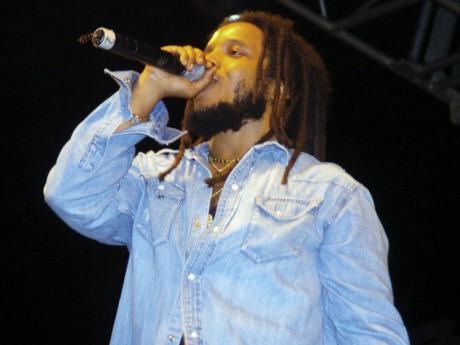 Stephen 'Ragga' Marley and American-based fusion band Slightly Stoopid have been a hit with fans on their Summer Sessions Tour that began in early July in Eugene, Oregon.

The tour that saw the acts treating fans to a night of reggae, hip hop and rock at Santa Barbara Bowl on Friday, July 25, wraps on August 16 with a performance at Sunset Cove Amphitheatre in Boca Raton, Florida.

Stephen Marley's first note acted as a musical magnet drawing the mesmerised crowd closer to the stage at the Santa Barbara Bowl. This turned out to be a special treat for patrons as Stephen's performance was packed not only with his smooth reggae sound but also a flag bearer and dancing supporting vocalists. These elements were complemented by the rhythmic beats of drums and backing instruments spreading good vibe ahead of Cypress Hill and Slightly Stoopid's set. Patrons were treated to a night of 90s punk rock, reggae and hip hop.

The eight-time Grammy-winning artiste/producer appears on the 20-city amphitheatre run and is expected to deliver singles such as Rock Stone and Thorn or a Rose from his eagerly awaited Revelation Part II: The Fruit of Life album. His son, Joseph 'Jo Mersa' Marley who is featured on the upcoming album, opens for him for the entire stretch of the tour. Jo Mersa, a member of Stephen Marley's Ghetto Youths International label, which is co-owned with brothers Damian and Julian Marley recently released his debut EP Comfortable.

Stephen's latest tour appearance is in preparation for the release of his much anticipated album, Revelation Part II: The Fruit of Life, to be released on the Ghetto Youths International label. His forthcoming album is the second instalment in a two-part series, with Revelation Part I: The Root of Life winning the 2012 Grammy Award for Best Reggae Album.