A march for peace in Kingston 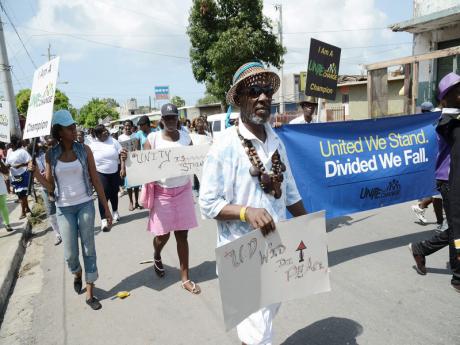 Residents participate in yesterday's march for peace in West Kingston. The theme of the march was 'Taking Back Our Communities'. - Rudolph Brown/Photographer 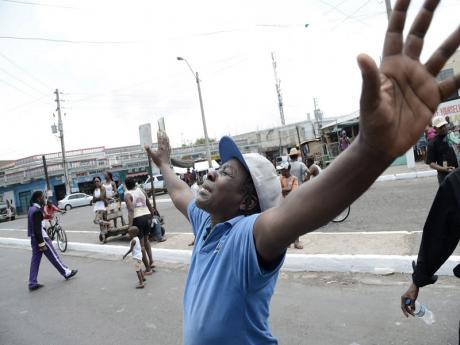 A woman makes a plea to the heavens during yesterday's march for peace in West Kingston. The theme of the the march was 'Taking Back Our Communities'. - Rudolph Brown/Photographer
1
2

Residents of several communities in West Kingston peeped through windows while others lined the streets dancing during a march through the capital's crime hotspots yesterday.

The walk, which was organised by the West Kingston Planning Committee (WKPC) in collaboration with other stakeholders was meant to be a symbol of solidarity in reclaiming these communities from the grip of gangs, crime and violence. Areas that were visited included Darling Street, Wellington Street, Denham Town and Tivoli Gardens.

Alaphia Chambers, a resident of Tivoli Gardens, said she was hoping that the friction between the communities of Denham Town and Tivoli Gardens would come to an end.

CONCERNED ABOUT THE CHILDREN

"The people want hope, the segregation needs to end," she declared.

"I know this walk alone won't solve the problem but I am most concerned about the children. These crimes affect them. I know several children who attended schools in the community will not be coming back September so we have to come together and address this urgently," she said.

Senior Superintendent of Police in charge of the West Kingston Division, Steve McGregor said he was hopeful that a positive change was imminent.

"The residents are working with us. They are seeing the need to work with the police because they have grown tired of the bloodshed and the killings and my plea is for the community to continue meeting us halfway; and I'm positive that there can be a turnaround. We are starting to see it," he said.