A life of furniture 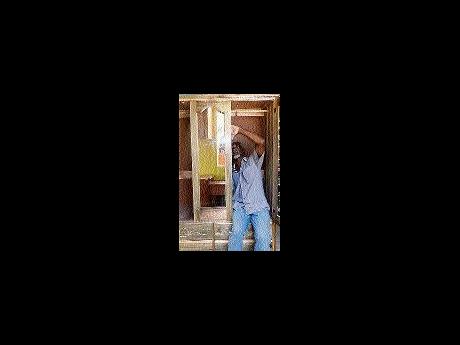 Clement McDonald working away at a wardrobe made out of blue mahoe. 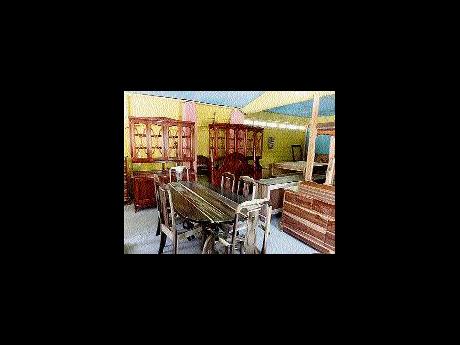 A look at other furniture on display at a shop owned by Clement McDonald. 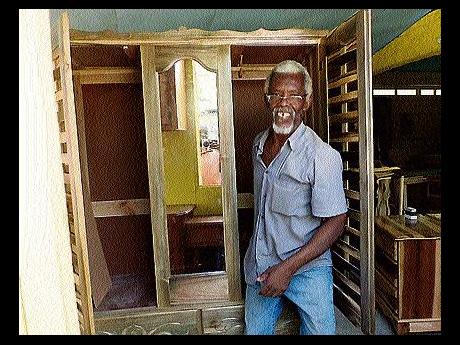 Furniture maker Clement McDonald is all smiles as he poses for a photo.
1
2
3

It was a downturn in the economy in the 1970s which forced 58-year-old Clement McDonald to make the switch from carpentry to farming. But little did he know that a decade or so later, he would again revisit his former livelihood of building things out of wood.

McDonald, who suffered several setbacks in a profession that spans more than four decades, is better known and referred to by friends as the 'Survivor' as his ability to bounce back when many persons would have probably given up is a life-long lesson to those giving in to the challenges of life.

This high-spirited gentleman, who sports shades of grey on his beard and on his head, at first glance appears not to be bothered by anything, other than providing a service of making household furniture for residents.

"I have had a checkered career," commented McDonald. He added, "I have suffered heavy losses over the years, but each time I have managed to bounce back. My biggest loss to date was in 2008, when I lost more than $10 million in furniture, machinery, and other equipment after my workshop and display area were gutted by fire. It has been a real struggle, but I have not lost hope and today I am now occupying my own complex."

The furniture maker, who is also a carpenter by trade, started out in building construction, where he first worked in Portmore (St Catherine) for a number of years before moving back to his place of birth, Port Antonio, in the 1970s.

His return was influenced by then Prime Minister Michael Manley who, according to the cabinetmaker, was at the time promoting and encouraging the nation to get involved in farming. And so it was that McDonald made his return to Portland and immediately started farming in the Rio Grande Valley, where he invested heavily in banana, dasheen, and plantain for the export market.

And as the years unfolded, McDonald recounted that the agriculture sector was rocked by several hurricanes: Allen in 1980, Gilbert in 1988, and Ivan in 2004, which basically crippled the livelihood of banana farmers in Portland.

"With a family to feed and with no other means of income, I had to make a decision, "McDonald further added. "By 2005, I decided to return to my livelihood of making things out of wood, and I rented a shop at Ackee Lane in Port Antonio, where I started making furniture in large proportion. Coupled with that, I had also rented a complex in the heart of Port Antonio, along West Street, to be used as a sales outlet. But tragedy struck, as in February 2008, the building was burned to the ground and I lost everything, which was further compounded by the fact that I owed money to the bank."

But miraculously, McDonald managed to repay his massive loan to the bank, and by 2009, he was able to occupy the complex along West Street, where he had been paying rent in advance since January 2008.

Today, the woodworker is occupying his partially owned complex along West Street, where he employs five other persons, including three women and two men, to assist him with the day-to-day operation. However, he is still experiencing some challenges, especially since the $1.8 billion water, drainage, and sewerage project started in Port Antonio last year.

Continuing, McDonald said, "Since the roads have been dug up to do the actual work, traffic has been rerouted, and with the dust nuisance plaguing several businesses in this area, people are hardly travelling along this thoroughfare. I have two children in high school and one in kindergarten. I love what I am doing and I don't think I will switch to another livelihood this time around."

Despite the many challenges and with what appears to be darker days ahead, McDonald remains optimistic and is still building household furniture in large proportion, including beds, dressers, whatnot, wardrobe, combo robe, dining tables, bedside tables, verandah chairs, and cupboards, using native wood, Spanish elm and mahoe.