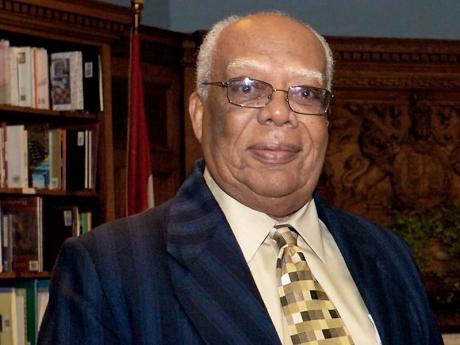 Crowds gathered to watch as 600-plus members of the Jamaica Defence (JDF) and Jamaica Constabulary forces (JCF) rehearsed for the funeral service of former Governor General Sir Howard Cooke, yesterday, at the intersection of North and East streets.

At the sound of a gunshot, the members of the security forces were off marching from the Holy Trinity Cathedral on North Street, to East Street. There were policemen on horses ahead of the parade, while the sidewalks were lined with members of the JDF from North Street all the way to the National Heroes Park, which will be the final resting place for the former governor general.

The JDF band played while the events unfolded and there was something that looked like a casket being carried by some members of the forces.

Sir Howard, who served the country as governor general from 1991 to 2006, died on July 11 at the age of 98, ending 70 years in public service. He will be given a state funeral on August 8, at the Holy Trinity Cathedral, 1 George Headley Drive, Kingston, starting at 10 a.m.