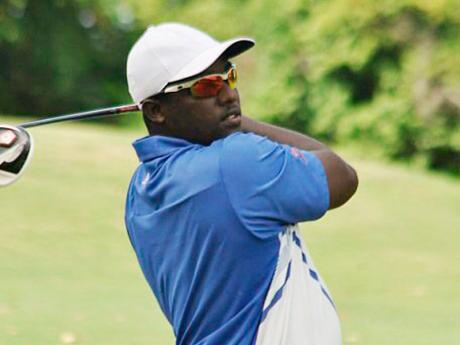 Jamaica's rising professional golfing ace Wesley Brown won his first overseas tournament in dramatic fashion, clawing back from four strokes down on the final day to beat the field at the Aberdeen Golf Club North Carolina Summer series in the United States on Thursday.

Brown captured the three-day National Golfing Association (NGA) event, carding a final-round 69, for an overall score of 213, to emerge victorious by three strokes. He finished with scores of 74, 70 and 69.

The Sandals Golf and Country Club employee started the final-round four shots behind eventual runner-up Marshall Picket and by midway through the round had cut the deficit to only two shots. He then birdied the 14th to move into a tie for the lead, and finished off the round in fine style with birdies on the 16th and 18th, giving him a three-shot margin of victory.

With his eleventh start on the NGA tour, Brown said that he has learned the value of knowing when and where to attack hole locations, and learning to position himself on the correct sides of the fairways has allowed him to perform with controlled aggression on the course.

"I used to just feel like I needed to use driver and get as close to the green as possible, but now I know that there is strategy to each and every hole," the Jamaican noted in an interview after the tournament.

Brown was full of praise for the Jamaicans who have been assisting him on his professional journey, noting "I could not be here without their love and support."

The new champ went on to express a big thank you to his sponsors Sandals Resorts International and its CEO Adam Stewart, for their continued support of his professional golf endeavours.

Brown also had kind words for Bill Williams, golf pro at the Sandals Golf and Country Club, and general manager Tony Ebanks, for their continued guidance and assistance in his training programme, as well as Jason Lopez , operator of Caymanas Country.