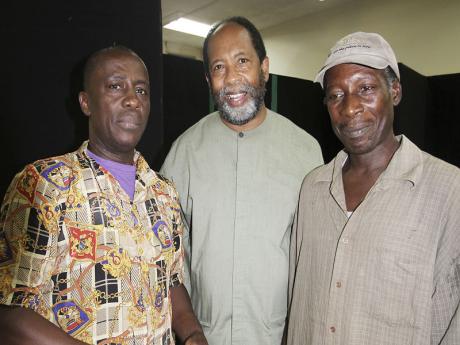 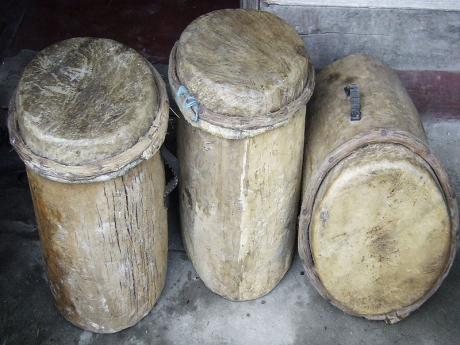 Three of the drums made by master Kumina drummer and drum maker Gerald Walker of Seaforth, St Thomas.-Photo by Paul H. Williams 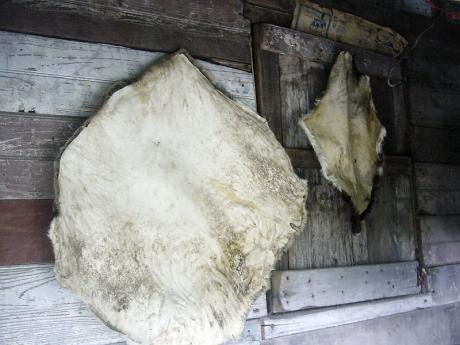 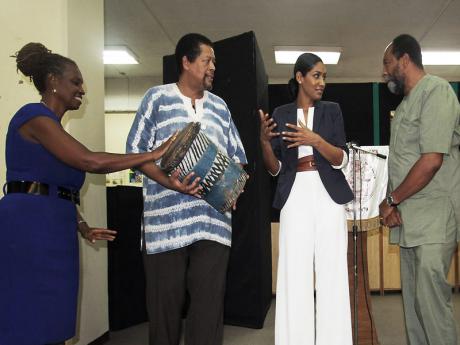 On July 24, the Institute of Jamaica (IOJ), in collaboration with the United States Embassy and the UNESCO Cluster Office for the Caribbean, hosted a handover ceremony for the playing cyas (female Kumina drum) that once belonged to the late Kumina queen, Imogene 'Queenie' Kennedy.

Queenie, who lived in Waterloo, St Catherine, emerged as a full Kumina queen after a process of spiritual initiation, which allowed her to communicate with ancestral spirits and conduct rituals associated with Kumina ceremonies. In 1989, she presented a playing cyas to James Counts Early, who was then a researcher at the Smithsonian Institution.

During a study tour at the Smithsonian Institution earlier this year, Anne Marie Bonner, executive director of the IOJ, met with Early, and from those discussions, the decision was made to have the drum returned to Jamaica.

"Some people refer to this as the repatriation of the drum, but I see it as the 'recommunisation' of the drum to the Jamaican community where it belongs," said Early, now the director of cultural heritage policy at the Smithsonian Centre of Folklife and Cultural Heritage.

Early travelled to Jamaica to facilitate the handover of Queenie's drum to the IOJ, where it has been added to the national collection and housed at the African Caribbean Institute of Jamaica/Jamaica Memory Bank (ACIJ/JMB).

"It is very appropriate for the ceremony to be held at the ACIJ/JMB, seeing that it is the spiritual space where the late Olive Lewin's works are archived. Also, ACIJ/JMB is the division of the IOJ that is responsible for the research, documentation and preservation of our African heritage," said Bonner.

Drums dominate Kumina ceremonies of all types. There are usually two kbandu (male drums) and two playing cyas at large ceremonies. These drums may be made from kegs, hollowed coconuts, breadfruit or cedar logs, or from a length of the hollow trumpet tree trunk. They are headed at one end with the skin of a ritually sacrificed goat.

The skin is attached to the drum by nails driven through a band of wood or wyss (vine) which circles the drum head. Before the drums are made, libations are poured to appease the spirits of the wood and of the skin. The drum is tuned by hitting the band of wood or wyss in a downward direction to tighten the skin, and rum is rubbed or blown onto it for both fine tuning and ritual purposes.