Strong story with too little space 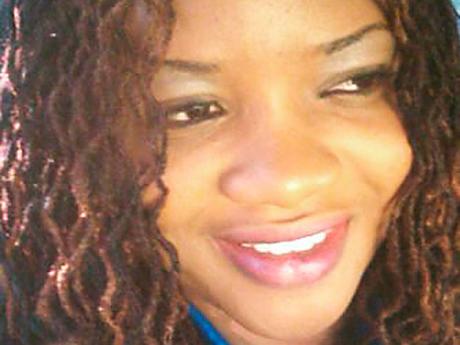 Addeah McDove has a strong storyline in Macca Tree Manns, not least of all because it turns in large part on the Ponzi scheme, which (to employ a common term dubiously) enjoyed a brief resurgence in Jamaica not so long ago.

Incorporating the scheme, through which secret collaborators Gloria Mann (a pariah in Macca Tree, the Westmoreland village to which she returns with her family to live in a decrepit house under a cloud of shame) and Monica, the buxom (and definitely not demure) pastor's wife, is a strong point in author Addeah McDove's favour. It indicates that she is writing from a contemporary Jamaican experience which, unfortunately, sometimes seems edited out of creative writing about the country.

The goings-on about the scheme, based in the Church through Monica's exhortations to 'plant a seed', tie the tale together well; it is the means by which Gloria hopes to redeem herself from past indiscretions which led to her fleeing Macca Tree; it is the source of funds, which the mysterious Cheddy and Tiger who work on the McEnuff farm steal; and it is their connection with the mighty McEnuff (the quintessential 'big man' for a village) that slashes his standing in the community.

The animosity (Miss Joyce and Gloria have various run-ins) and various machinations and manipulations make for an engaging read, McDove's approach in using uncomplicated language - although it does not fall into the pit of being overly simple - making for an easy turn of the pages.

One satisfying subplot is Kenneth's (Gloria's husband) growth from a hapless figure under his wife's heel to the man who takes action when the robbers strike in Macca Tree. On the other side of the measure of men, McEnuff's fall from grace is believable because he does not fall so far as to attract the open wrath of the community which, considering his previous standing in the community, would not have been credible.

However, the shortfall in Macca Tree Manns is that it falls short of pages. McDove has to compress the return of the Manns to the community, the frictions, Ponzi scheme, robbery and redemption of Gloria into 116 pages - and there is the extensive detailing of the derelict house, the superb McEnuff farm, the village and the Mann's son Ken's run-ins with community members to boot.

The result is predictable - there is not enough space to allow for natural transitions and development of conditions. So, for example, while the transformation in Kenneth is admirable, the delineations between wimp and man in charge are too sharp and sudden. Similarly, the change in Macca Tree from a prosperous farming village before the Ponzi scheme to a place where there is no longer pride in the land as there is easy money to be had is way too abrupt.

While the developments and lessons are appropriate, there are some changes that feel as sharp as a light switch being flicked on or off, rather than the subtle transitions of dawn or dusk.

For the finicky, Lloyd Lovindeer's name is misspelt Lovingdeer - and the song's title is not 'Stop and Think it Over', either. There is one section where the young Ken steals a chicken literally out of the pot, which is funny, but feels as if it was put there to be funny, rather than advance the story, ending up as a forced laugh.

However, when the Manns' redemption comes at the end of the tale, it is believable; and so is the very welcome change in Gloria.