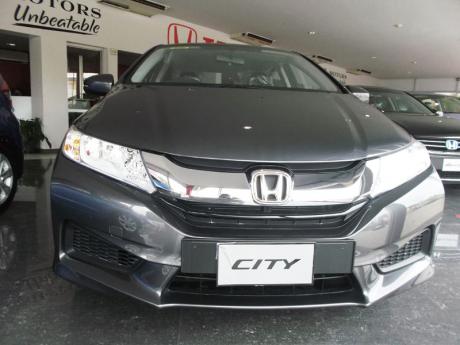 The redesigned front of the new Honda City.-Photos by Sheldon Williams 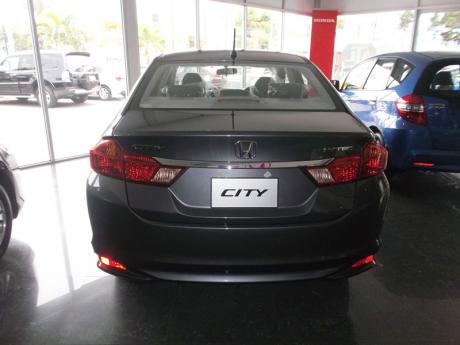 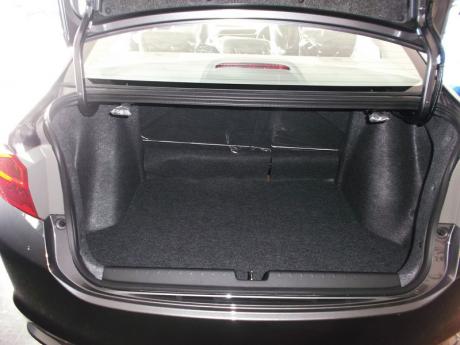 I have long been an admirer of Honda vehicles, but never had the opportunity to drive a City before ATL Automotive invited me to test-drive its 2014 model last week.

The Honda City has been overshadowed by more well-known Honda models like the Civic and Accord, but what it lacks in size the City is making up for with a growing reputation. Before I entered the cabin of the test model I was given a quick tutorial by sales representative Vasil, who assured me that the City is "all that" - and more.

He pointed out that the sedan's shape has been changed for the first time since 2009. Among other design developments, the headlights have now been configured in a double cluster, which now allows more illumination from the beam. The vehicle is aerodynamically built, evidenced by diffusers on the car's sides and bonnet, which neatly runs in line with the front grille.

By the time I got into the City with brand manager Petrena Purser and started the engine, I was much more informed about the vehicle as the information kept flowing. The handling was smooth; the steering felt light and made navigating the car effortless as I drove along Hagley Park Road, destined for Beverly Hills.

Along the journey, I tried to avoid a deep pothole, but was unsuccessful. I heard noise and thought the worst, but soon regained my peace of mind when the car continued driving without hiccups. Then it dawned on me; I had just fallen into a pothole so deep that it must be road equivalent of the Mariana Trench, but I hadn't felt the impact. There was neither shaking nor jerking as the City rode out the pothole.

Another high point of the City is the Eco Assist feature. With the push of a button, the City automatically adjusts fuel-consumption systems to maximise efficiency. Bluetooth connectivity also makes its debut in the Honda City for 2014. That, of course, allows for hands-free use of devices which are hooked up.

Strikingly for a small car, the Honda City ascended and manoeuvred the steep slopes of Beverly Hills without the distracting sound of a labouring engine.

The Honda City is available at ATL Automotive on Hagley Park Road for $4,070,000.