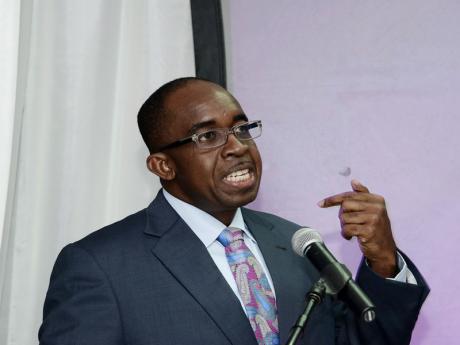 The transformation of Jamaica's economy has had some macro success, including meeting and even exceeding its International Monetary Fund targets, but much more has to be done on a micro level, according to Patrick Hylton, group managing director of the National Commercial Bank (NCB).

Speaking on the theme, 'Transformation: An Enabler for Growth', at the Private Sector Organisation of Jamaica (PSOJ) Presidents' Forum at the Jamaica Pegasus Hotel, New Kingston last week, Hylton said, "We have to change the way we do things," which would mean a transformation in both mindset and behaviour.

Noting that Jamaica was experiencing too much low and no growth in the economy, Hylton said the advent of a digital economy could drive this change, as firms were forced to make adjustments to what he described as the "new norm." And a challenging economy is no excuse for a company to not grow.

"In every economy there are companies that are able to grow," Hylton said, using United States-based powerhouses such as IBM, Apple and Walmart, and Jamaican-based telecommunications provider Digicel as examples.

Hylton said that since 2011 NCB has set about transforming itself. Prior to that "we were in a sense tinkering and tweaking our model" at a time when the financial sector was undergoing significant change on a global level, he said. NCB followed a five step approach to transformation, which was developed by consulting company McKinsey and Company, and which can be used by anyone or any company seeking to transform their lives or business.

The first step is to aspire, to answer the question "where do we want to go?" But aspiration "can not be incremental, it must make you stretch," Hylton said.

"Our aspiration was to become one of the top five financial institutions in the English and Spanish-speaking Caribbean," Hylton said, a prospect which many thought too ambitious.

A part of that was to triple sales productivity per employee, another goal thought to be impossible, but which NCB achieved in six months. It made NCB the number one local bank in terms of productivity "for the first time in our history", he said.