US job gains bypassing many 25-34-year-olds 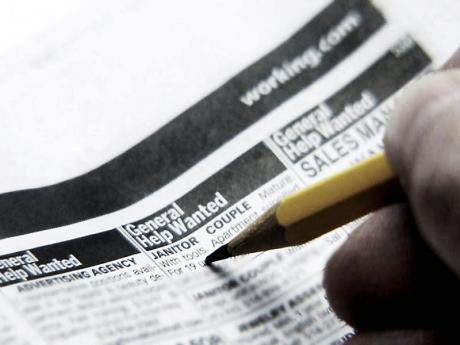 US employers have gone on a hiring spree this year, but America's 25-34-year-olds are hardly among the biggest beneficiaries.

These workers - increasingly equipped with college and advance degrees - represent the future of the US economy. But overall hiring has failed to keep pace with this group's population growth, according to the government's July employment report released Friday.

The share of 25-34-year-olds with jobs fell to 75.6 in July, down from 76 per cent in February. Before the recession, roughly 80 per cent of them were employed. That puts the drop in their unemployment rate to 6.6 per cent from 6.9 percent at the start of this year in a less positive light.

This is the cluster of workers who should be renting apartments and buying homes and driving economic growth. But without enough jobs, they're more likely to live in their parents' basements.

"Young-adult employment is less than halfway back to normal," said Jed Kolko, chief economist at the real estate firm Trulia.

The overall unemployment rate ticked up to 6.2 percent in July from 6.1 per cent.

During the six straight months that have topped 200,000 job gains, more people have looked for work. In July, an additional 329,000 began looking, yet only 131,000 jobs were added, according to the Labor Department's survey of households.

A consequence of the influx of job-seekers last month is that the unemployment rate rose for women, African Americans, high school graduates and people with some college experience. But the overall trend for the past 12 months is clear: The unemployment rate is steadily dropping for almost everyone.