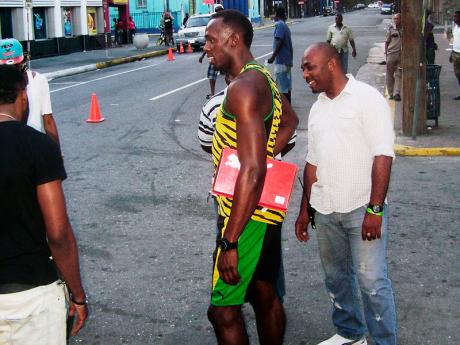 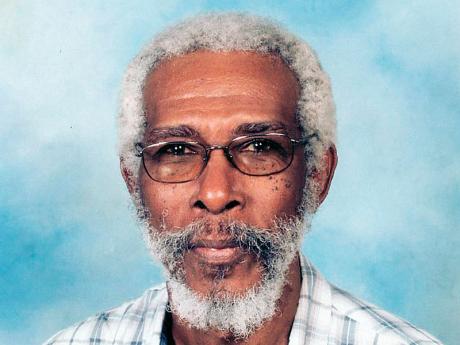 Saturday, June 28, was not just another hot summer day. It was the final full opening day for the J. Wray Afrique Pub at 21/4 King Street (the corner of King Street and Little Port Royal Street) in downtown Kingston.

I was among a handful of long-standing patrons who had motored down to perform the last rites with proprietor and friend, Clifton 'Aggie' Thomas. We all grew up with Afrique - from it was conceived at the Duck and Dog bar at Wild Street in Allman Town in 1967.

As we played nostalgic classics and reflected on the decades of friendship and frolic with 'foundation' Afrique people like Vernon Green, Phensic, Lonnie and Bobby (the original proprietors), Peter, Bugs, Wally, Bull, Stoogie, Macko, Pablo, Jingles, Bowlie, Big Boy and Crampy, we paid scant attention to what was happening outside.

Then, the news floated in to us:

"What him doing down King Street?"

"Dem shooting a video for a Puma commercial."

Instinctively, I put my camera on ready and stepped out of the bar on to the King Street pavement. I was not going to miss an opportunity to get a picture or two of the fastest human beings on Planet Earth.

A few queries led me further down King Street, and there he was, waiting for the cue to run up King Street. I got my first set of pictures. No problem.

Realising that this was just the start of the filming exercise, I returned to the bar and took some more pictures of the unique approach to the history of sound system and popular music in Jamaica, skilfully painted by the late Percy Lindo on the walls of the soon-to-be-closed pub. Then, it was back to reminiscing on the movement of the pub from the Wild Street conception to Arnold Road; to Franklin Avenue in 1969; to Duppy Gate in 2001; and then to King Street in 2005.

By now, the camera crew and Bolt were engaged in shooting in front of the pub. When they took a break, I stepped back out to get some more pictures.

As I lined up for a shot, a gruff voice bellowed:

"You can't tek no picture here!"

I paid no attention. That had to be someone pulling my leg. It happens all the time.

"A sey you can't tek no picture here," the voice repeated, but now with ominous authority.

"We are shooting a video. You can't take any pictures."

I quietly informed him of my right to take pictures of anyone, anywhere, as long as they are in the public domain.

Rambo (the most fitting name that comes to mind) growled his earlier objection and went as far as threatening to take my camera, destroy the film and "pay fi it".

I realised that reasoning would get me nowhere, so I moved to another vantage point, but continued shooting.

On my return to the bar, a public-relations practitioner who witnessed the 'clash' informed that Rambo was Bolt's security man and volunteered his view.

"Him right you know, Ben. You not supposed to shoot pictures during a video shoot."

I repeated my position: King Street is a public place. If the organisers wanted privacy, they should have rented a private location. He reluctantly agreed.

As my anger subsided, I reflected that Rambo's bellicose behaviour really highlighted his ignorance on two fundamental issues. The first is the right of photographers to do their job unmolested, and the second is whether any security personnel has the right to confiscate and/or tamper with equipment of media workers.

With regard to the first, generations of press photographers have grown up simply 'knowing' that their press pass allows them passage to do their work. Many do not know that this freedom is born of the centuries-old Convention of a Free Press being the Fourth Estate, answerable only to the law of the land and the masses of voiceless people it represents.

The Press Association of Jamaica's (PAJ's) Code of Practice makes the general point that:

"The rights of freedom of expression and the freedom to receive and impart information are fundamental rights of all human beings;" but it does not spell out what these rights are and how they affect photographers.

In contrast, both the United Kingdom and the United States have incorporated the Free Press Convention into law.

The British civil-rights group Urban 75 tells us in Photography and the Law in the UK that:

"If you're on a public right of way - such as a public pavement, footpath or public highway - you're free to take photographs for personal and commercial use so long as you're not causing an obstruction to other users or falling afoul of anti-terrorism laws or even the Official Secrets Act.

In the USA, attorney-at-law Bert P. Krages II sums it up in the pamphlet, The Photographer's Right, when he says:

"The general rule in the United States is that anyone may take photographs of whatever they want when they are in a public place."

With regard to Rambo's arrogant threat, he would be treading on dangerous ground in both the UK and USA.

In the case of the UK, Urban 75 is again helpful:

"Security guards do not have stop-and-search powers or the right to seize your equipment or delete images or confiscate film under any circumstances. In some circumstances, the police may grab your film or memory cards, but they are still not authorised to delete any images.

In the USA, the situation is similar. In Photography and the Law: Know your rights (USA), the 'Tenth Commandment' is:

"If someone tries to confiscate your camera and/or film, you don't have to give it to them. If they take it by force or threaten you, they can be liable for things like theft and coercion. Even law-enforcement officers need a court order."

No such restrictions in Jamaica. Rambo could have snatched and plundered my camera, on the mistaken premise that I am not allowed to take pictures of Usain Bolt on King Street because he is doing a video shoot! My only protection would have been greater force, or the police; but the police are often part of the problem.

I think conventions, powerful though they may be, are not enough, especially in these perilous times. Nor are laws. Education is the key, but in the short/medium term, our photographers need protection.

Media houses should furnish their journalists/photographers/ videographers with adequate insurance coverage while on the job. Photographers/videographers should be made to understand that it is their responsibility to protect equipment with which they are provided. They should also be assured of the unequivocal backing of media houses if they face any backlash for refusing to hand over their equipment to anyone, other than the authorised representative of their organisation.

In the long term, media organisations like the PAJ and Media Association Jamaica should embark on a programme to educate media workers and the wider society on the role, rights and responsibilities of media.

Finally, the education ministry should spearhead a drive to get the Caribbean Examinations Council to make journalism a full-fledged subject in secondary schools. Passing mention of journalism in cover-all subject areas like communication and social studies is not good enough.

We have to get serious about the value of journalism to the development process, or, to our detriment, we leave it up to the Rambos, in high and low places, to define our role, rights and responsibilities.

Ben Brodie is a former president of the Press Association of Jamaica and managing editor of The News, a community newspaper. Email feedback to columns@gleanerjm.com and newsbess@yahoo.com.