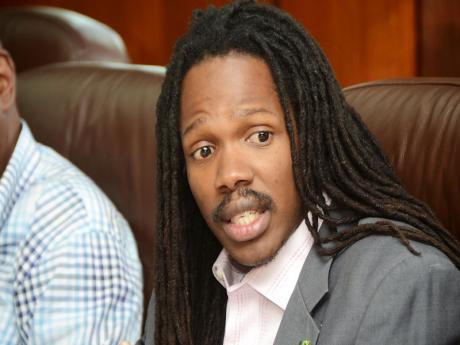 State Minister in the Ministry of Tourism and Entertainment Damion Crawford. 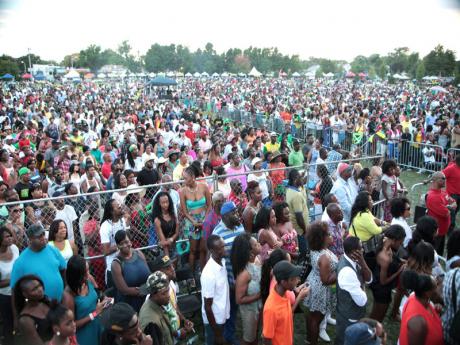 A section of the crowd at the first Reggae Splash World Music & International Food Festival at the Roy Wilkins Park, Queens, NY.-File Photos
1
2

During the warm summer months, many Jamaican reggae/dancehall performers head overseas on tour, especially to Europe. There, they tend to perform on large outdoor festivals, including Rototom Sunsplash (Spain), Reggae Geel (Belgium) and Summerjam (Germany). These events and others attract large numbers of Europeans, enjoying a break from the dreary winter months.

It is part of a festival-going culture, which State Minister for Entertainment Damion Crawford hopes to tap into to grow the Jamaican market in Jamaica, as opposed to having established Jamaican events make an overseas trek.

According to the minister, he is more focused on getting visitors to the island rather than selling the dream of hosting events abroad, because home produced events will benefit more Jamaicans.

"Sunsplash went on a European tour back in the day and that gave birth to several European festivals. What I am focusing on is getting people to come here for events, because when a man comes to Jamaica, several persons stand to benefit. If a man host an event in Europe, only he will benefit, because he won't necessarily bring the Jamaican services with him, like the lighting, among other things. But if a Jamaican promoter wants to host an event abroad, he would have to look into forming partnerships and, of course, that is going to take time," he said.

However, Miguel Reid, former cultural entertainment and affairs chairperson at the University of the West Indies (Mona), is convinced that the export model is feasible. He says there will be difficulties breaking into unfamiliar territories, but maintains that it is not an impossible feat with the right connections.

"I have hosted events in Jamaica in the past which were collaborations with foreigners. The key to hosting events in different geographical locations is networking, many Jamaican artistes and event managers have attended events in Europe in the past. What I would suggest is for them to make friends and get to know the field on that side of the world, so that we can begin to host events in Europe," Reid said, adding that Europe and Africa are the strongest markets for reggae music, and without capitalising on those locations, it cannot be said that Jamaica is fulfilling its potential as it relates to its earnings from music.

"Jamaica is a small island and the truth is we have created genres that are bigger than our population. It is not enough to say that we are making a lot of money from our music because we are not really thinking at the level that we ought to be thinking. Sure, our artistes travel to these places to perform. But what if Jamaicans were hosting some of the major events in France, Germany, Spain and those places? What if we had a Europe leg of Reggae Sumfest? Foreigners have visited our shores to host events before, so why can't we go there?" he questioned.

Reid also highlighted that the experience of Jamaican promoters and the familiarity with their own music and its protagonists will make it easy for them to host successful events outside of the island. He says reggae music has the biggest potential for export. However, Jamaicans must push the envelope to include overseas production of events, instead of only relying on music sales and performances.

"They say if you make it in Jamaica you can make it anywhere, and I am challenging promoters and event managers to export your events. I am not saying move them because we still need a strong presence here as the capital of all genres originated in Jamaica. However, we are fooling ourselves if we think we are maximising the full potential of our music. We have already identified our strong markets and it's up to our generation to tap into them on a business level," Reid added.

However, according to Reggae Sumfest's deputy chairman, Robert Russell, travelling with artistes and production tools to different geographical locations might prove to be expensive, but he believes it might be worth the hassle, due to the fact that events hosted in Europe are known to pull larger audiences than those hosted in Jamaica.

"It has been done before ... the crowd in Europe is much larger, and the truth is we have to learn to expand brands more and give our artistes more exposure and provide the opportunity for them to earn some overseas dollars as well. We need to take some of these shows over there, and its something that Sumfest is already looking into. We have a few promoters abroad that are willing to work with us and we are looking into the possibilities," Russell said.

In the meantime, Minister Crawford is currently one of the pilots behind the ongoing Jamrock Summer - 90 Days, 90 Ways initiative, which is geared at pulling visitors to the island with entertainment as the main attraction. Jamrock Summer - 90 Days, 90 Ways includes various types of music festivals, culinary, sports, fashion and other cultural offerings, with reggae being its central cog.