Entertainment Avenue:Zapata, the amazing snake man, is back 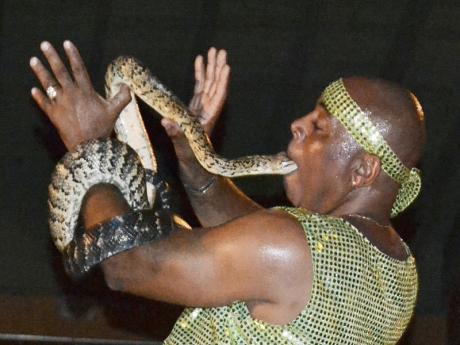 pata the amazing snake man, is back 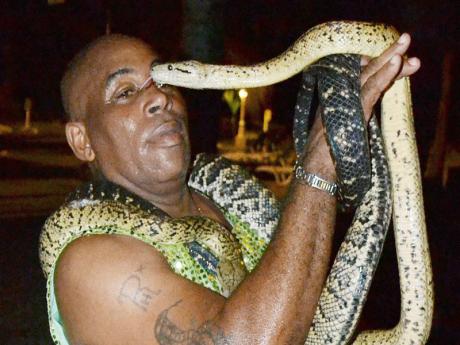 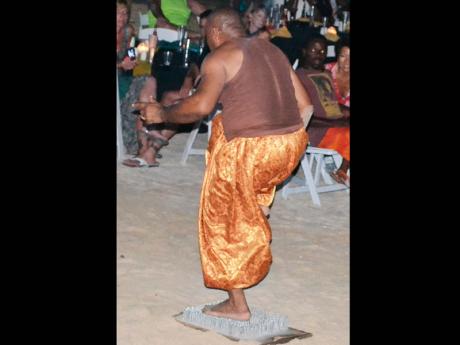 Richard Harvey, aka Zapata, doing routines of the snake dance and nail dance.-Photo by Carl Gilchrist 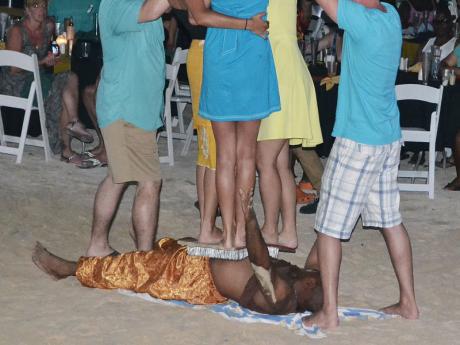 No one knows for sure what makes Richard Harvey tick. While his classmates at the time, at Falmouth all-age school, were playing regular kids games for fun, Harvey was playing with snakes and trying to walk on nails and broken bottles.

He adapted the nickname Zapata, which ironically is a Spanish word that translates in English to shoes, items he does not wear when walking on pointed nails and broken bottles.

Sometime ago, Zapata was forced to curtail his act with the snakes, following an intervention by the National Environmental and Planning Agency (NEPA). However, he has since been given a permit to once again use snakes in his act, under certain conditions.

This time around, Zapata will expand his shows beyond the hotel circuit and take it to more Jamaicans. Part of this plan is to involve shows at schools as he seeks to educate children about the environment and how to treat endangered species and reptiles such as snakes.

illegal to have snakes

"It's illegal to have snakes," Harvey explained, as Entertainment Avenue caught up with him, prior to a performance in Ocho Rios earlier this week.

"What happen, about nine months ago, NEPA seized them from me, but they were returned, and I now have a permit. I just want to say thanks to NEPA."

He continued: "We want to do some school shows to educate the children about snakes because we have some people who eat them, and some just kill them for no reason at all."

Harvey, in offering a brief history of his involvement with the reptiles, said, "I've been doing the snake dance 34 years now, from I was going to all-age school. I've never been afraid of snakes like some people because I'm a lover of animals, especially reptiles. On a whole, I'm always enthusiastic about the entire animal kingdom."

Having developed a range of acts that included fire dancing, nail dancing, acrobatic and unicycle stunts, it was a neighbour who encouraged Harvey to include snakes in his act, after continually witnessing him play with the reptiles at his home. He took the advice.

"During my act, sometimes people might be fearful at first, but eventually, they will overcome that fear and even want to touch them. And the excitement is always there!"

Another intriguing act that Zapata does is dancing on pointed nails on a slab of board.

"I used to see people do it on TV, but I didn't know the technique. One day I nailed some nails in a piece of board and tried to go on it, but I couldn't stand on them so I gave up, saying this cannot be done. Then another day I held onto something and stood on them and continued doing that until I realised I could stand on them. Over the years, I reached the point where I could let go and just stand on them, until now, I can actually jump on them."

There's a routine where Zapata lies on his back and the board with nails is placed on his chest and people stand on the board. Amazingly, he remains unscathed.

"But people, please don't try this at home," he warned.

Being a yoga and martial arts practitioner (aikido) helps Zapata practice this stunt. "There's a little technique in it, a breathing technique where you have to be able to lighten your body," he explained.