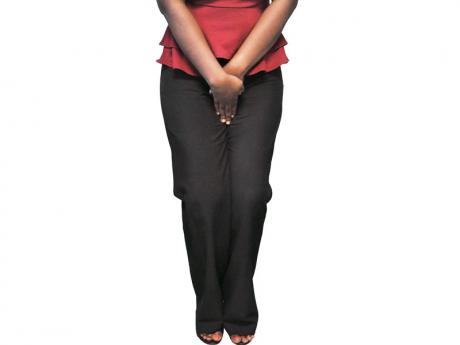 TWO Thursdays ago, I left the comfort of my home to do some business. As I stood by the roadside waiting for a chance to get across the street, a man drove by and squeezed my breast. In my shock and anger, I slapped him across the face, only to be greeted with his equally shocked, "My girl, yuh serious, eeh? A ramp mi a ramp wid yuh 'cause yuh body look so good!"

Presumably my body is a toy - which he has given himself authority to play with at his whim and fancy.

This incident is not an anomaly. I have had men rub my thigh while using public transportation, touch me inappropriately, and then curse at me when I voice my objections to their 'caress'. The list of painful experiences goes on ad nauseam.

This is not only a personal issue, it is a societal problem. The vast majority of Jamaican women are harassed daily on the street by men who believe they have some inherent right to women's bodies. All my female friends share similar experiences on a regular basis. It is quite common for us to use a substantial amount of the time we spend together voicing our frustration and disappointment in how draining and dangerous it is to simply get from Point A to Point B.

I can't overstate how frightening it is, as a woman (and a petite one at that), to traverse public spaces. Having men chase you, even as

you ignore them or explicitly affirm that you are uninterested in their advances, is one of the most dreadful things you can experience.

A man's bruised ego could, and often does, mean verbal, physical and/or sexual violence. Many women, myself included, try desperately not to offend men by pretending to be interested in their mundane and often offensive babble as we go about our business. How sad it is that one should feel obligated to pander to unsolicited and unwanted sexual advances out of fear!

Dealing with street harassment is a major consideration whenever I have to go on the road by myself - not that the company of other women necessarily deters these alarming behaviours. If you're 'lucky' enough to be walking with a man, it may spare you such an ordeal. Out of respect for the man - not you - street harassment tends to be less overt.

Even more frightening is the fact that we hardly take street and sexual harassment seriously. Men will continue to grab at and grope women in public because it is not a 'big deal' and is usually met with impunity at best, and a 'forward' at worst, by onlookers. I once witnessed a man grab a woman's pubic area in Half-Way Tree, in his effort to figure out if "all a da buffness deh a really [fi har]". To my dismay, the group of taxi men and other onlookers laughed, while others looked away as the woman, obviously shaken up, held down her head and walked away feeling disgraced.

Sexual harassment is a serious problem. We must begin to take stock of the negative impact it has on women and society. Catcalling is generally seen as a legitimate way for men to 'pick up' women. We fail to realise that this is demeaning and often leads to unimaginable verbal abuse if a favourable response is not forthcoming.

It limits women's ability to operate in the public sphere as often, or as comfortably, as most men. Furthermore, it can lead to sexual violence, which does not operate in a vacuum. It stems, in part, from the fact that women are seen as sexual prey to be conquered. The flawed ideas of masculinity we continue to enable and foster in our boys and men are detrimental to women's self-realisation.

I do believe, however, that men are quite capable of respecting women and their personal space, including their bodies. In order to fix this problem, we must first raise our dismally low expectations and demands of men. There is nothing particularly ambitious in expecting one human being to respect the autonomy of another human being, therefore acting in such a way that honours the other's right to self-determination.

Perhaps I am asking for too much, but one day, I would like to be able to go through my day freely, without being treated like a piece of meat to be positioned, handled and devoured.

Karen A. Lloyd is a human-rights advocate. Email feedback to columns@gleanerjm.com and karen.lloyd88@gmail.com.