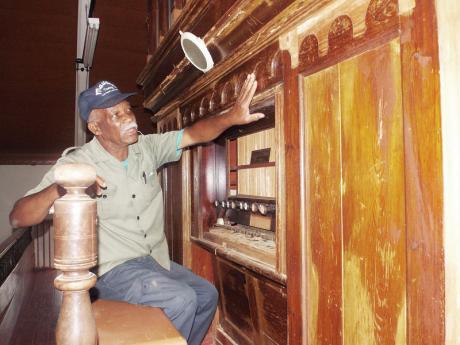 Maidstone stalwart Enue Davey sits by the out-of-commission pipe organ which dates back to the 1800s. His late wife, Avis Clare, who served as the organist for 50 years up to the time of her passing in 2006, was the last person to play the instrument. 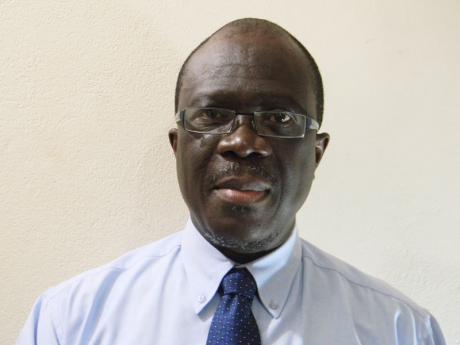 Just six weeks after Emancipation, this newspaper began publishing as The Gleaner and Weekly Compendium of News. The Gleaner, first published on September 13, 1834, has been the principal and only continuous chronicler of what historian Douglas Hall titled one of his books, Free Jamaica.

There is some looseness in dating freedom from slavery in Jamaica and the rest of the British Empire, some opting for 1838 when the Apprenticeship system ended prematurely, others opting for 1834 when the Emancipation Act, passed by the British Parliament in 1833, came into effect on August 1. There should be no confusion. Slavery legally ended when the law came into effect, and Apprenticeship, although a restriction upon freedom, was not slavery. For one thing, the status of the slaves as chattel property had changed radically to the status of legal persons.

Historian Sir Hilary Beckles, arguing the case for reparation before the British House of Commons last month, placed on the table some revealing data on the intent of Apprenticeship, data that were new to most of us.

According to Sir Hilary, the estimate on property loss to the slave masters from freeing the slaves was £47 million. The British Government paid £20 million, with the arrangement that the free labour of the ex-slaves over the planned six years of Apprenticeship would be equivalent value for the balance of £27 million. A grievous wrong to the ex-slaves to whom no compensation at all was made. But as a basis for reparation, the claim will have to get around the hurdle that slavery was lawful in the British Empire up to midnight on July 31, 1834, and across virtually all human societies and cultures (including those of Africa itself) throughout all of known human history. We will see how that turns.

One of the things The Gleaner is doing in celebration of its 180th anniversary is visiting the free villages and reporting on their present condition in the context of their history. A fine piece of work which I commend.

The paper is finding and reporting a great deal of decrepitude in most of the free villages visited. Not unlike much of the rest of the country where the prospects of freedom in Emancipation, in self-government and in independence has been blighted and constrained.

The paper has also been reporting on the decay of downtown Kingston, where it has always been based at various locations, now at 7 North Street, and the need for inner-city renewal. Much of that decay and destruction downtown and in other inner-city communities has been caused by the politics of the country, which should have been an instrument for realising, in far greater measure, the promise and expectation of freedom for far more of our people.

The establishment of the free villages was the first great movement in voluntarism outside of the actions of the State and government in free Jamaica. Indeed, the Jamaica Assembly and the parish vestries were actively hostile to the acquisition of land by the ex-slaves, which would make them independent of the estates that were dependent on retaining their cheap labour.

This situation of exclusion from land, and, with that, from decent housing, has continued until today despite us being in charge of our own governance, beginning with universal adult suffrage in 1944. At least one-third of the population, some 900,000 of 2.7 million persons are designated squatters. Many others are huddled in substandard housing, a situation which does not have to be, and is not beyond, resolution.

And even when many Jamaicans have access to ancestral lands, ownership by legal titling remains a major problem for which successive governments can find no comprehensive fix. Last Thursday, on the eve of Emancipation Day, the current prime minister continued the tokenism of sample land titling by keynoting a land-titling ceremony in Port Maria, St Mary, at which a handful of land titles were handed out.

Historian Philip Sherlock tells us in the chapter, 'A 'Ground' of My Own', in his book, West Indian Nations: A New History, that "the struggle of the blacks for land, 'my own piece of ground', was part of his struggle for freedom. Land meant ownership, moving out of a position of being owned into one of possessing property, of controlling and managing it for one's own benefit."

The House of Assembly passed laws "for the express purpose of compelling the labourers to work for whatever wages they chose to give and to do such work as they required".

At the parish level, a meeting of plantation owners in Trelawny in 1838, the year when Apprenticeship was terminated two years ahead of schedule, came to the conclusion that "the people will never be brought to a state of continuous labour while they are allowed to possess the large tracts of land now cultivated by them for provisions, which renders them perfectly independent of their employers".

Sherlock documents the dramatic rise in the number of freeholds held by the ex-slaves, despite the considerable obstacles, in the years immediately following 'full free' in 1838. Many of these parcels of 'ground' were in free villages.

It is now fashionable to ask, almost as a badge of sophistication, ignorant as it is, what is the Church doing to help society? The post-slavery landownership revolution was driven by the non-conformist missionaries. The movements first for the abolition of the slave trade and then for the emancipation of the enslaved were to a large extent projects of the Church with an awakened conscience. And owed their successes at that particular point in history to the engagement of a morally awakened Church.

The Church has never ceased social engagement. The rise in the dominance of the State may have constricted the engagement of the Church (think about education or health care), as for all other non-governmental service sectors, but engagement has not disappeared.

The post-Emancipation rise of the free villages and with them the Jamaican rural peasantry and the urban artisanal and trading class was a peak of voluntarism in our history. Don Robotham, in the 1998 GraceKennedy Foundation Lecture, 'Vision and Voluntarism', which in print has now become a classic textbook, identifies three other peaks of volunteerism (as the term is alternatively spelled): The period of black nationalism under the leadership of Marcus Garvey. A time when the now-spent Universal Negro Improvement Association, as we discussed on TVJ's 'All Angles' last Wednesday night, was a powerful social force here and internationally among black people.

The nationalist movement starting in the late 1930s saw another peak of volunteerism. It was a time when Jamaica Welfare was founded (1937) and flourished, funded by Big Banana through the United Fruit Company. This was when the political parties emerged powered by unpaid volunteer support as cross-country mass movements.

Robotham's fourth peak of volunteerism was the 1970s period of democratic socialism. Those old enough to have lived it will recall the massive energy poured into nation-building Labour Days and the JAMAL Programme as two well-known benchmarks.

The Gleaner, published in a country with a strong record of press freedom, has recorded these peaks of voluntarism and the whole 180-year period of freedom in Jamaica and what we have done with freedom and failed to do with freedom.

Martin Henry is a university administrator and public affairs analyst. Email feedback to columns@gleanerjm.com and medhen@gmail.com.