The Jamaican dream still a dream? 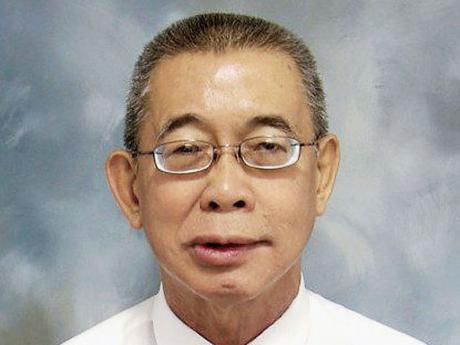 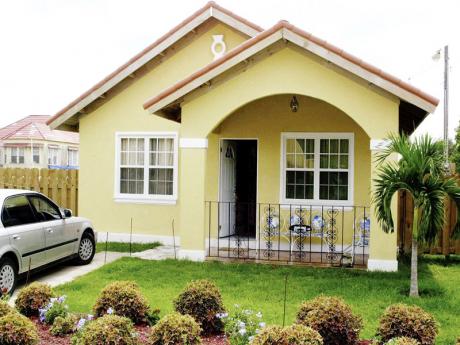 In its blog of July 16, 2014 headlined 'The cost of the Jamaican dream in 2014 - $500,000 per mth', the Daily Viritas (Corve DaCosta) comes to its conclusion by assuming "the Jamaican dream included a married couple with two children (one at the GSAT level and the other sitting CSEC/CAPE)".

Let me say that I, in no way, want to poke holes in DaCosta's figures, as it was he, himself, who pointed out: "At the time of publishing this article, Daily Veritas used all public data to estimate the costs included. These may be lower or higher in your own research. However, this is simply a benchmark to conclude on the cost of the Jamaican dream in 2014."

DaCosta's work represents a very useful starting point to get the conversation going. Nevertheless, I would be remiss if I did not point out the obvious.

To summarise the Daily Veritas:

1. This is just the monthly payment on a 40-year NHT mortgage of the maximum individual loan of $4.5 million. Note: The average cost of a two-bedroom scheme house is definitely more than twice this. Obviously, the real cost is almost three times as much with insurance, maintenance, etc., making the real cost of housing approaching $85,000 per month.

2. This is just the repayment on a loan of $3.8 million over 36 months at 13.5 per cent per annum, and doesn't include any provision for gas, tyres, maintenance, insurance, etc. I suppose that one could assume a lower-end vehicle, but then the cost of these other expenses would carry it back to (or even surpass) this figure.

3. DV calculated the educational expenses for two children (not at prep or a traditional high school) at $13,000. These costs included (according to DV) uniform, books, tuition and extra classes. This, of course, is a gross underestimation, as the transportation cost alone for these two children almost surpasses this figure.

5. From a simple cut to a broken hand, this expense is to cover the unexpected. Again, there are those that will scoff at this pointing out the actual cost of these expenses.

6. I don't have any idea how much is right for this family of four, but there are some that might say that this is hugely underestimated.

9. With movies averaging $1,000 per ticket, for a family of four, this will cover going only three times per month, depending on amount spent on snacks.

10. This includes a full-course meal for the family once a month and did not factor in other fast food trips. Or another way to put it, it's for KFC/Burger King for four to five times per month.

I have to thank Mr DaCosta for his honest attempt to set down some benchmarks to start the discussion. Nevertheless, it is obvious that his figure is underestimated, if anything. Especially when one considers there is no provision for the occasional overseas trip (or local vacations), and such the like, in this Jamaican dream.

Wait a minute: DaCosta and I missed personal taxation. Even with all the tax avoidance, this couple would have to earn at least $7.5 million per year (20 per cent tax) to spend this $6 million on their Jamaican dream.

Now, what percentage of Jamaican families earn at least $7.5 million per year? Even when one factors in the underground economy, I would venture to say this cannot be greater than two per cent. And to get to that figure assumes that both partners work or have a steady source of income, a far from sure thing.

The Jamaican dream remains unattainable to the vast majority and a 'work in progress' to a few.

I don't believe in using credit/debit cards because I think they lead to a propensity to spend more needlessly. Moreover, the fees charged, whether to the merchant or to the end user, appear much too high. Nevertheless, I see their usage becoming ubiquitous in Jamaica.

Now comes word that anti-trust lawsuits are going forward in the United States against Visa and MasterCard. In an article titled 'Visa, MasterCard lose ruling versus retailers over credit card fees', Andrew Longstreth wrote on July 18, 2014:

"A federal judge declined on Friday to dismiss antitrust lawsuits filed against Visa Inc and MasterCard Inc by retailers who opted out of an estimated $5.7-billion class action settlement in 2012 over transaction fees.

"Retailers such as Target Corp and Amazon.com Inc have accused Visa and MasterCard of fixing the fees charged to merchants each time their customers used credit or debit cards. They also alleged the two companies prevented merchants from steering customers to cheaper forms of payment."

But thousands of retailers, including some of the biggest in the United States such as Wal-Mart Stores Inc, opted out of the settlement, complaining it was not adequate.

When will Jamaican merchants band together to take on big banks on the exorbitant fees being charged to them? Where are the GraceKennedys, the KFCs, the Burger Kings, the Juici Pattieses, the PriceSmarts, the big supermarket chains, etc., in this matter? Surely, you can unite against big banks on this. Remember, you would be fighting on behalf of the Jamaican consumers, who, ultimately, have to pay, and for your own benefit as well.

One of my daughters, the one who was literally delivered on my doorsteps when seven months old, recently studied in Madrid, Spain, for one month.

Now 26 years old and in her final year of law school, she was doing a study-abroad programme for her Florida-based university and reports that she was racially profiled.

Oprah Winfrey, by her own account, was racially profiled in a super posh, ultra high-end store named Trois Pommes, in Zurich, Switzerland.

Well, my daughter, who is 'black', didn't shop at any such ultra posh store. She went into a clothing and accessories retail store in Madrid, high end nonetheless.

She was watched, followed and, after paying for her items, forced to be searched. Having found nothing untoward, there were the usual apologies. She says that she encountered this sort of behaviour not infrequently. Her experience in Madrid was tainted by this racial profiling.

In fact, the Huffington report of January 28, 2013 was headlined 'Spain Racism: UN Official Urges Madrid To Tackle Discrimination Against Immigrants' and spoke of "cases of police racial profiling" as one of the problems.

My daughter is quick to point out, nevertheless, that this was just occasional and that, overall, she felt welcomed in Spain.

On a lighter (not darker) note

Arguments: A woman always has the last word in any argument. Anything a man says after that is the beginning of a new argument.

Thought of the day: A married man should forget his mistakes. There is no use in two people remembering the same thing.

Finally, I want to send a big 'shout-out' to 'Kristo Jay', a customer service telephone representative at Scotiabank who I found more than helpful on that Saturday morning when desperately trying to get my daughter home from 'foreign'. Thanks, Kristo Jay.