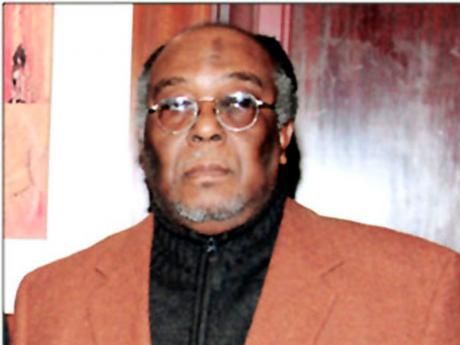 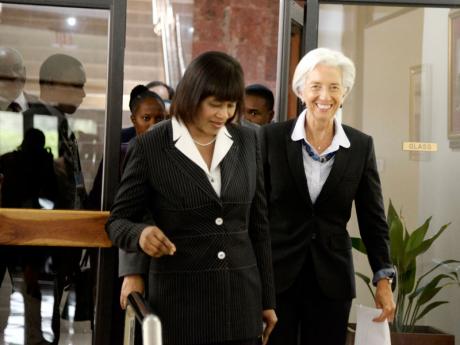 The headline in The Gleaner of July 2, 2014 read 'Record haul! Jamaica raises US$800 million from external bond market'. The article read, in part: "Finance Minister Dr Peter Phillips and his debt management team took a chance on the international bond market, and got reception beyond expectations. The ministry got record subscriptions of US$800 million. The coupon rate settled at 7.625%, below the pricing range of 7.75% to 8% that the market had initially expected. Bids on the notes actually rose to US$3.8 billion, or more than four times the ministry's upsized debt-raising target." I smiled to myself, but felt insulted.

Two days earlier, the grande dame of international finance, Christine Lagarde, managing director of the International Monetary Fund, heaped praise on the Portia Simpson Miller administration, using laudatory descriptions like "extraordinary leadership" and "exceptionally strong record by IMF standards", in favour of the Government's management of the Jamaican economy in a period of economic challenges faced by the country.

And within that memorable and historic first week of July, Prime Minister Simpson Miller, in a JIS report on radio, spoke of her "Government's commitment to growth". Not much more was said on the subject of growing the Jamaican economy by the finance minister, Madam Lagarde, the PM, or any other member of the Government.

Over decades, most frustrating is the continuous cry that the Government has no money to make substantial investments in the establishing of a public-private sector mechanism to cohesively drive production and productivity nationally. My writings calling for a development czar with a crack team to develop and grow the Jamaican economy seem to have fallen on deaf ears. Yet, successive governments can boast of raising "oversubscribed" loans in the international financial markets at relatively low interest rates to pay back debts.

From the P.J. Patterson administration, I suggested raising US$200 million to exclusively provide single-digit loans and some grants targeting small, and medium businesses in particular, and the business sector at large. This is to coordinate and execute a sustained growth and development strategy, headed by someone with business experience and acumen, such as Douglas Orane or Dr Rosalea Hamilton, assisted by the expertise of economists with sensitivities to a new socio-economic paradigm, such as Wesley Van Riel, Dr Michael Witter, Dr Andre Haughton, and Dr K'adamawe K'nife.

We need a national focus to Jamaica-first productivity rather than a piecemeal approach. Recently, calls have come from the export sector for an 'export czar' reporting to the prime minister. Not a good idea.

Export is important, but only one part of development, and no more important than import-substitution production, or producing to satisfy the local market. And it is not mutually exclusive. Consider also the practicality of an initiative answerable to the PM. What happens when that PM demits office? Any growth and development initiative must be public-private sector driven, answerable ultimately to Parliament, and managed like a major corporation is. A Jamaica Inc or Jamaica Limited, if you will.

A big problem, however, that has plagued Jamaica for generations is that the leadership, private and public sectors, pays scant regard to ideas and suggestions not coming from them or their cronies. And totally dismiss the ideas coming from the working class. I recently attended a meeting organised by the Ministry of Agriculture to discuss establishing an agro-park in Spring Garden, Portland, an idea put forward by member of parliament for the area, Daryl Vaz.

A good idea. But similar ideas have been introduced before that were not given credence, or in one case when an industry was introduced to process and market Scotch bonnet peppers, it existed for less than two years.

Reasons come from all angles why the project failed. Several ladies at the meeting cited years of writing to government agencies and representatives seeking assistance for their projects, and not receiving any response. Some now facing possible evictions from lands acquired through the Government's National Land Agency.

I have responded to proposal calls from the European Union, writing business proposals to the National Investment Bank of Jamaica, Development Bank of Jamaica, and Ex-Im Bank putting forward projects to transform Spring Garden, a unique and historical area, into an agro-industrial park, producing nutraceuticals, and as an agro-tourism attraction. Never able to convince them to make low-interest financing and grants available to accomplish any of these.

In repeated articles going back to 1989, 1991, 2009, and 2012 appearing in The Gleaner, I called attention to the millions of dollars Jamaica loses from not having its mangoes entering the US market, presumably because the country has not effected 'the hot-water treatment' to eradicate the dreaded Mediterranean fruit fly disease, to gain US entry. Only once, when the issue was first raised 25 years ago, has any government official saw it fit to respond.

A highly placed manager in the public sector recently told me of an experience he had back in the early 1980s managing a 3,000-acre rice farm in St Elizabeth. In two years he and his team had turned around the business that was haemorrhaging millions of dollars annually. He brought in new technology and was thinking expansion. He received a visit from then Prime Minister Edward Seaga, who applauded the success.

However, not long after, he was summoned to Jamaica House and informed that the operation was being privatised. He objected, to no avail. The operation, he alleged, was divested to people associated with the then ruling Jamaica Labour Party. Less than two years later, he said, nothing existed of the operation. Today, the land is a sea of grass and wasteland, while the country's rice import bill grows.

There have been some recent progressive moves, especially on the part of the Government. The omnibus legislation tabled by the minister of finance last November is one very positive move. The diaspora thrust fostered by the Ministry of Foreign Affairs and Foreign Trade is another. And there are several sensible pieces of legislation enacted to improve commerce, industry, education, health, justice, agriculture, transportation, housing, and technology.

But there still remains much more to accomplish. The Mexicans have effected a 3x1 Remittance Migrant Program. In an article titled 'Jamaican diaspora: key to growth and development' (Sunday Gleaner, January 22, 2012), I suggested introducing the strategy in Jamaica, whereby for every dollar remitted by a member of the diaspora to go towards community and infrastructure projects, or small, micro and medium business investments, the central, regional, and local governments would match equally. I was informed by two government ministers that the World Bank was addressing these diaspora matters. Well, two years have gone, and nothing.

The country is suffering from lack of coordinated and cohesive leadership. Jamaica has repeatedly displayed its potential in several sectors, but the psychological approach of seeing the advancement of the country as the principal objective for everyone is absent. It demands less talk and more action to grow the country out of its miseries.

Borrowing to repay debt only perpetuates the country's subordination to external forces. Borrowing to invest in growth enables the country to produce wealth, renewing the nation's pride and gaining real independence.

Julian 'Jingles' Reynolds is a writer, film-maker and entrepreneur operating in the United States and Jamaica. His novel, 'A Reason for Living', will be published in November. Email feedback to columns@gleanerjm.com and fiwipro@yahoo.com.