The elephant is the room (Pt 1) 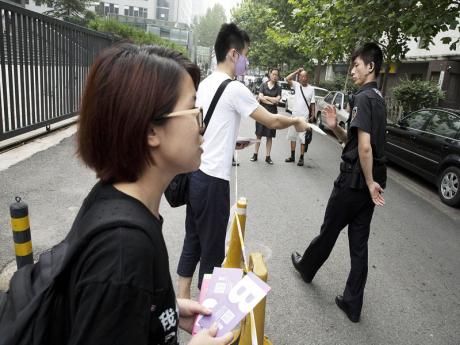 A security guard refuses pamphlets handed out by gay-rights campaigners outside a court where the first court case in China involving so-called conversion therapy is being held in Beijing, China, last Thursday. A gay Chinese man said he was suing a psychological clinic for carrying out electric shocks intended to turn him straight, as well as the search engine giant Baidu for advertising the centre.-AP 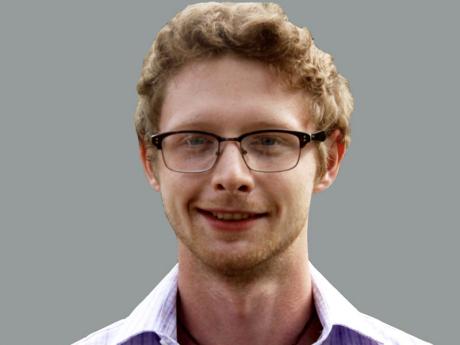 And the room is homophobia. First, some terminological business: 'phobia' comes from the Greek for fear. Homophobia is the fear of homosexuals. It does not necessarily mean hatred of homosexuals, although colloquial use would suggest otherwise. The Greek for hate is: 'Miseó'. Frequently, but not always, homophobia will manifest as what I will crudely refer to as 'homomiseo'.

Nowadays it has become commonplace to avoid identification as a bigot, be it a racist, homophobe, misogynist, or what have you. It makes sense, after all. Those are bad words, and are only affixed to bad people. We are good people, so we can't be described by those bad words.

In some sense, this might be because of the general acceptance of certain universalised ideals, such as 'freedom', 'equality', 'justice', etc, and the ways in which such terminology informs discourses political, ethical, moral. One could say that it's no longer cool to despise people for who they are because, at the end of the day, we are all thinking, feeling, experiencing human beings.

Yet misogyny, racism, and yes, homo-phobia/miseo are prospering today. How? Well, in some sense, the 'architecture of hatred does not crumble simply because it's no longer cool to be identified as supporting it. Rather, the structure will be slightly reorganised, with its inherent hatred overtly disavowed ... such that with respect to flourishing homophobia, we might understand it as 'hating the sin qua sinner'.

It is no longer acceptable to hate a person for who they inherently are (or at least, for the labels attached to that person), so, instead, particular acts and aspects that are believed to be related to homosexuality are transformed into the proxy by which gays, lesbians, trans-folk, intersex, queer and questioning persons are targeted for abuse. In effect, the age-old mantra of 'hate the sin, not the sinner' has become the protocol through which the so-called 'sinner' is recognised as such.

By shifting the discursive focal point from the person to the act, oppressive policies become rationalised in a way that's digestible for a larger audience and more palatable for the speaking subject in question. It is homophobia and, possibly, homomiseo that thus allow remarks along the lines of Professor Bain's to be misconstrued by anti-gay writers as a reflection on the dangerousness of the homosexual act itself, committed by homosexuals, rather than to be understood as carrying any other possible meanings.

The studies alluded to by Bain, where HIV/AIDS prevalence was compared between countries with/without buggery laws, could just as easily have been understood as a reflection of varied social acceptances of homosexuality, differing types of sex-ed programmes, discrepant levels of stigmatisation regarding both homosexuality and HIV in each country, different socio-economic distributions (not to be confused with states of 'development' or 'emergence'), varying values in the funds allocated to health care, etc. etc. With respect to Bain's testimony, only one who is either ignorant of the crucial distinction between causation and correlation, or someone who has already decided that they are against homosexuality, could infer that it is preferable to retain the said law.

In other words, when we instead have writers who argue that if Bain's testimony was factually accurate, that buggery laws should still stand ('Intolerant UWI', May 23 2014), we observe an obvious confusion of correlation and causation. Or, consider a writer who advances the legally tenuous position that buggery cannot be a right because it's a crime, and we are not entitled to commit crimes ('An epidemic of fake rights', June 20, 2014).

The function of 'rights' is precisely to determine what laws may or may not do. Rights are antecedent to laws, and laws subordinate to rights. Rather than attributing these positions to the defective intelligence of the writer in question, it seems much more reasonable to chalk up such fallacious reasoning to a presumption of the inferiority and dangerousness of homosexuality - a fear of homosexuality (or more accurately, a fear of that which is non-heteronormative). All that is allowed into the room is furniture that matches the room.

Tripp Johnson is a student of social and political theory and researcher at Johnson Survey Research. Email feedback to columns@gleanerjm.com and wtg.tripp.johnson@gmail.com.