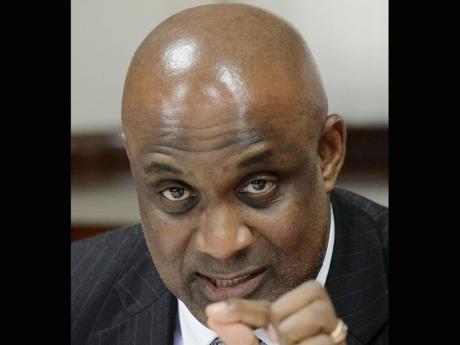 A cloud of uncertainty is hanging over the heads of Jamaican nationals at the Caribbean Maritime Institute (CMI) as a vast number of students needing seafaring experience to complete requirements of their studies are said to be without attachment to any shipping lines.

The backlog, according to Sunday Gleaner sources, is the end result of a massive drug bust on the shipping line Harren & Partner, which provided seafaring experience for the aspiring sailors.

Massive costs were incurred by the line after a large cache of drugs was found on the ship and a Jamaican student from the institute arrested and sentenced to 10 years on cocaine-related charges.

Venezuelan authorities prevented several officials of CMI and the shipping company from leaving that country for months, at Harren & Partner's expense, until the matter was cleared up.

The situation has strained the relationship between the line and the institute, with Jamaican nationals virtually blacklisted while students from other countries are given preference, Sunday Gleaner sources said.

According to one source, shipping lines with Jamaican students are made to pay high insurance costs in ports of entry, given the greater risk for drug finds on-board.

CMI Executive Director Fritz Pinnock downplayed the situation when he spoke with The Sunday Gleaner following the signing of a memorandum of understanding between the institute and Confucius Institute in China to provide Mandarin teachers to the CMI.

"Harren & Partner is a faithful supporter of CMI. They have been here for years. And we can understand that the trade within the Caribbean is under threat because of what is happening globally," Pinnock said.

"The drug trade creates all kinds of problems, but 90 per cent of all the containers in the Caribbean go out empty because we have no export. So there is an economic challenge to what we call feeder services like what Harren & Partner provides, because the trade is not growing," he said in responding to to the concerns, but without referencing the pile-up of students at CMI.

Continuing, he said: "As a result, freight rates are higher in the Caribbean and it's a challenge for the line. A lot of what you see happening with the cutbacks on the ships is really because some of the services are not viable."

Commenting on last year's drug bust, Pinnock said: "The situation was a very challenging one. You have to understand, you have young people, they come under pressure and we cannot fight that here. So our programmes are geared at student integrity."

He said the drug bust was the only case in seven years with the shipping line, and "that's a really unfortunate case. But we are getting support from Harren & Partner in a big way. The services from their tankers which operate in the Far East, we are sending people there. Just today, some people left for there."

He said Harren & Partner was still taking students from the institute, but The Sunday Gleaner was reliably informed that none of the students were Jamaican nationals.

Students from as far as Israel are registered at the institute.