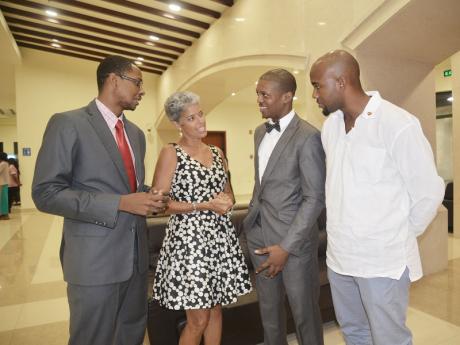 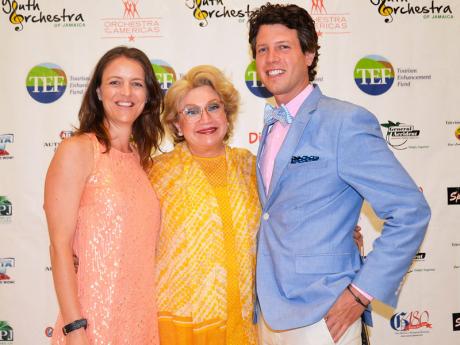 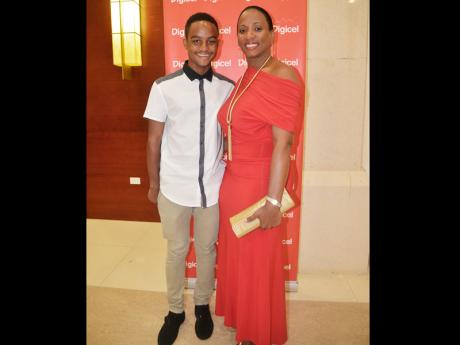 Head of sales for the western region at Digicel, Joy Clarke, and her son, Joshua, came out to enjoy the Youth Ochestra of the Americas concert held at the Montego Bay Convention Centre. 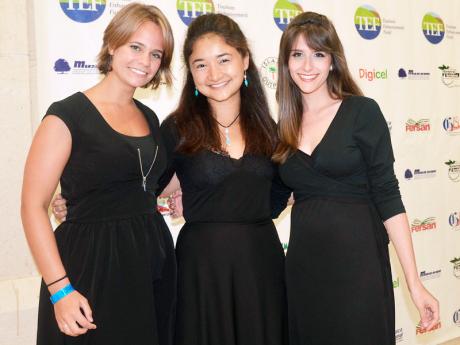 WESTERN BUREAU:Though it was Saturday, Montegonians came out in their Sunday best, revealing themselves as undercover classical music loves. They flooded to the Montego Bay Convention Centre, where the Youth Orchestra of the Americas (YOA) showed the global power of reggae when they put a classical spin to three Bob Marley classics at a concert held at the Montego Bay Convention Centre on Saturday night.

Led by Mexican conductor, Carlos Miguel Prieto, the orchestra never missed a beat as they excited patrons with a slew of the King of Reggae's evergreen songs, Who Shot the Sheriff, No Woman Nuh Cry and Don't worry, highlighting the richness of Marley's lyrics and bringing a fitting end to the near three hour-long concert.

But it was not only Marley's songs that thrilled concertgoers. Local soprano Ana Strachan, sang her heart out, delivering two masterful renditions, Ave Maria and Poor Wand'ring One. Strachan, who holds a bachelor's in music from Ithaca College in New York, could not have been more composed as she took over the stage and showed her Jamaican audience that there is immense enjoyment in classical music.

Peter Ashbourne's Pass Di Ball, also generated a lot of excitement, and, along with Marley's hits, provided the most familiar atmosphere to the concert; which, while bringing audience members to a euphoric high, took nothing away from the other segments, as all were totally enjoyable all round.

This was the orchestra's first time touring in Jamaica, an event made possible by major sponsorship from The Gleaner, Caribbean Producers Limited, Rainforest Seafoods, and Digicel.