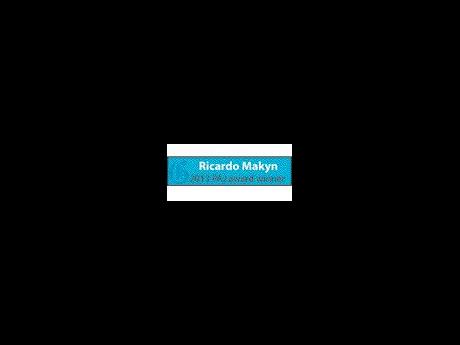 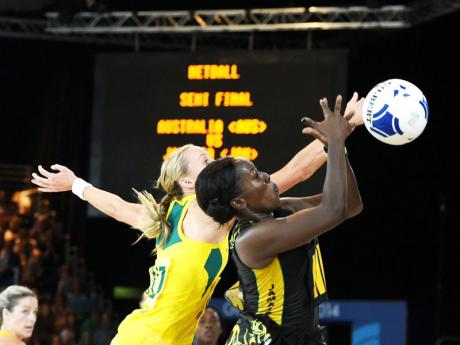 GLASGOW, Scotland:"We are here for a medal and that is what we will be going for against England."

It is, however, not easy to see where that confidence is coming from after the team got stuck in neutral in the second half of their semi-final match against Australia yesterday, scoring a mere 19 goals as they crumbled to a 57-42 goal defeat to the Diamonds at the Scottish Exhibition and Conference Centre.

Things were going pretty well at one point for the Jamaicans, who went into the half-time break one point behind the world number one ranked Aussies, with 24-23 on the scoreboard.

It looked like Jamaica were going to make a real match of it, as they sought their first ever win in a semi-final at the Commonwealth Game - the bigger goal, a second medal at these championships and first since 2002's bronze in Manchester.

But Australia made the most of sloppy Jamaican play in the attacking third, boosting their third quarter lead to eight (40-32), before adding an exclamation mark on the score-line in the final period.

The result means that like it was four years ago in Delhi, Jamaica will play England for the bronze medal. That time around it didn't go too well for the Jamaicans, who lost by almost 30 points to England, but Reynolds is expecting a much better showing here.

"We had too many unnecessary turnovers, too many unforced errors so that really cost us," Reynolds said.

She had a point.

Jamaica committed 17 errors - mostly in the second half and compared to Australia's 12, with Jhaniele Fowler-Reid's 32 goals from 37 attempts proving insufficient. Shanice Beckford helped with 10 from 13 with Romelda Aiken again having a solid defensive game as goalkeeper with three deflections, three interceptions and three defensive rebounds.

Caitlin Bassett was the chief tormenter for the Jamaicans, scoring 41 of Australia's goals from 51 attempts with Natalie Medhurst supporting with 16 from 18.

"We will bounce back and be ready for the bronze medal match because we are definitely here for a medal and we will get the girls together and regroup," Reynolds sought to assure.

"It's important that we get this medal for our sponsors and those who invest in us. It's also very important for the team as well, because we have all invested so much into this programme and it's time we stop coming fourth. It's no longer an option. We are all tired of hearing that we played well, so we are going out there tomorrow (today) to fight."

Rousing words from the coach, but it's going to take a little more than that against an improved England team that only lost to New Zealand in a last gasp 35-34 score-line after turning the ball over with less than 15 seconds left to play. England had also come within a point of Australia in the pool stage and pose a serious threat to Jamaica's medal ambitions.

"The girls are mature enough so it's up to us to talk about where we went wrong as a team, get them ready again psychologically for England and discuss what we need to do to get that bronze medal," Reynolds said. "They didn't give up today, we just had too many unforced errors and we need to be a bit more patient."

There is perhaps much more at stake than a medal here for Jamaica's Sunshine Girls, as nothing but success will bring support to a programme that has never managed to attract the sort of attention and financial backing that some feel it deserves.