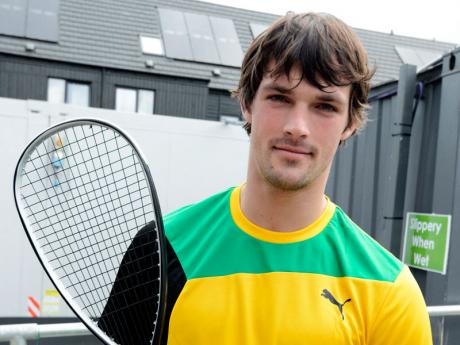 GLASGOW, Scotland:Jamaican squash player Bruce Burrowes is calling for greater exposure for the sport in Jamaica, noting that he would love to see a lot more involvement in local schools across the island, in an attempt to broaden the talent pool and grow the sport.

Burrowes, who progressed to the quarter-finals in the men's singles plate competition at the Commonwealth Games in Glasgow, believes that the sport's development would benefit if it loses its reputation of being an elitist sport and was made available to the masses.

"I'd love to see squash taken to a lot more public schools. When kids hear about squash they think about the fruit and I don't think enough people know the sport now in Jamaica," said the Canada-based Burrowes.

"The facilities there; we don't have many to begin with and the few we do have are in private clubs or golf clubs, so if we could get some sort of public funding to get public courts, that would be really nice," Burrowes added. "We have a lot of athletic talent in Jamaica, but if you don't get a chance to get on court it doesn't matter how talented you are."

"We were in Guyana last year for the Caribbean championships and they built two courts just for public use and they are continuing to win the junior and senior championships and I don't think that's a coincidence. They have really given a chance to those who are not just to play," added Burrowes, who lost his last singles match 2-3 to Trinidad and Tobago's Kale Wilson, after beating St Vincent and the Grenadines' Othniel Bailey 3-0 in the earlier round.

In the men's singles competition proper, Burrowes went down 3-0 to home boy Greg Lobban before teaming with countryman Chris Binnie in the men's double competition.

Burrowes' sentiments were also echoed by his coach Rene Denis.

"We certainly need more exposure for the sport. We need to make this sport more accessible. I came from a low income background in Canada, so I wasn't a guy who would have been given an opportunity to play squash," Denis shared.

"We have one junior in Jamaica, Tajhia Lumley, who comes from a low-income area, he goes to Papine High so he is not one of the folks who live in Jacks Hill or Cherry Gardens. He loves the game and he is doing very well. That tells me that other kids being exposed to squash will love it because it's a fun game to play and we can have more success," Denis added.

"As much as I love track and field, you don't see too many 40-year-olds doing a 110m hurdles on a Sunday afternoon for the fun of it; squash is a lifetime sport. One of the drawbacks about that is that as kids come up they are competing for court time with the older players and so they get the short end of the stick unlike swimming or track where they would get a lot of dedicated time and it's seen as a competitive stream. Squash is seen in Jamaica and other places as a recreational thing and we need to change that," said Denis.