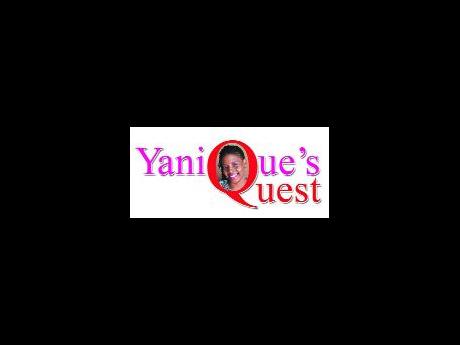 What is it with men and these corny, cheesy, ridiculous pick-up lines? Do they really expect anyone to take them seriously when they start a conversation like that?

"You must be tired, 'cause you've been running through my mind all day" or "Pinch me now, because I must have died to behold an angel like you". Seriously? How do you expect anything you say after that to be taken seriously?

Well, it was one of those corny lines that Lennox used the first day I met him and I should have known better than to give him a second look - but lesson learnt.

I was using my lunchtime to run a few errands in town when I heard a voice call out, "Mind you step on it". I stopped abruptly and cast my eyes to the ground. Seeing nothing, I turned to the man that had shouted out the warning. He smiled broadly and said, "My heart, you nearly stepped on it." I looked at him and said, "Really, that works for you?" and continued on my way.

Three days later, our paths collided again while I was in the bank doing some business. I passed my documents to the male clerk and he returned them for me to sign it and said, "Have you erased me from your heart already". At first, I was wondering if this man was talking to me but, with no one else around, it had to be me. A little taken aback, I asked him what he was talking about and he reminded me of how I nearly walked all over his heart the other day. Needless to say, this man didn't look anything like the man I had ran into earlier, and he wasn't looking any better using those same lines.

I asked him if those lines really work, and he said it wasn't a line. He explains that he sees me passing most mornings and his chest always 'tightens' a bit. I told him he should visit his doctor because chest pains usually lead to something else. He laughed at that and said life was too short to be taken seriously and jokes kept him young. We talked while he worked on my documents, and he asked me what brings me joy and I told him my family. We finished and he offered me lunch at KFC across the street, but I declined as I wasn't currently eating meat. That didn't discourage him though and he offered seafood instead.

I accepted, and as we sat down to eat, the conversation was going quite nicely (without his jokes) when a woman walked in with her two children. The children started arguing and were getting very loud, and their mom was doing her best to get them under control when Lennox said, "I don't know why these women a breed up, breed up and caan manage dem pickney."

I was instantly annoyed, because he didn't know this woman and was passing judgement on her situation. Lennox must not have seen the look on my face because he continued, "Some a dem have all four pickney, no father and waan next man come in come play daddy." At that point, I felt a bomb explode in my head and I knew I had to get out of there and get out quick. I excused myself and told him I had to get to my next appointment. He started walking behind me, asking when we could do this again, and I turned, looked him straight in the eye and told him we could do this again when pigs fly.

Our readers have been tuning in to what some
are calling our new reality dating series - Yanique's Quest. Here is
what some of our readers have to say.

"I think I am
addicted to your journey. It's very relatable and it saddens me that
Roderick wasn't ready to start over. It's good that he was honest at the
get-go and made it clear that he wasn't ready to be serious with
anyone. Please don't stop searching ... your Mr Right is coming.
Hopefully, mine will come, too."

"I can so relate to this. Sometimes we forget that men have also been hurt because of our actions. Truly enjoying this journey!"

"Yanique, from the time I read your first column, I knew I would be entertained. Looking forward to more."

After
four years as a single mother devoting her life to her four children,
'Yanique's Quest' has decided to re-enter the dating world. Join us each
week as we chronicle her dating journey in Yanique's Quest.