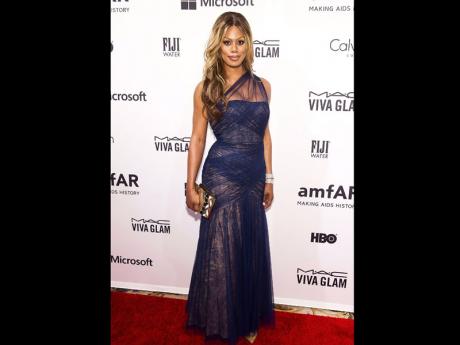 This June 10, 2014 file photo shows transgender actress Laverne Cox at amfAR's fifth annual Inspiration Gala in New York. Online retailers catering to masculine presenters have proliferated as trans people have enjoyed a higher profile in the media, thanks to Laverne Cox of 'Orange is the New Black' and other pioneers hired to model across the binary. 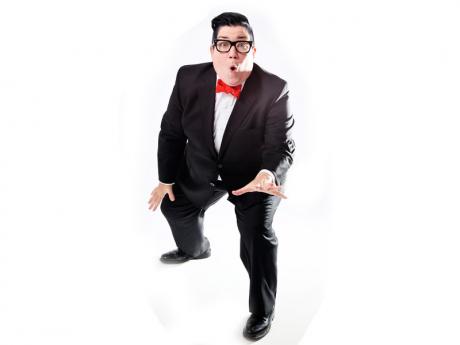 Online retailers catering to masculine presenters have proliferated as trans people enjoy a higher profile, thanks to Laverne Cox of Orange is the New Black and other pioneers.

But mainstream fashion has done little to keep up with large-footed women, petite trans men, masculine-presenting lesbians or androgynous dressers in search of a decent, affordable suit.

As a transgender woman who began her transition about a year ago, Kylie Jack is still figuring out her fashion style, but she wanted one thing right away: well-fitting bras.

Friends recommended Petticoat Fair in Austin, Texas, where she lives. The lingerie shop is known for one-on-one fittings, but Jack was denied access to the area where professionals work privately with customers after being asked if she was an anatomical female.

"It was unclear whether they had a consistent policy and I didn't know what to make of it," Jack said.

A gender binary exists in fashion, and that is a challenge for those who do not conform. Masculine-presenting women are often destined for boys' departments or bad fits, while people born male who transition or simply like to dress in femme clothes sometimes do not know what to expect in sizing or from sales clerks.

"I was in Filene's Basement in Chelsea, which is pretty much the gayest neighbourhood in America, and I said, 'Can I try on clothes here in the men's department?' and they said no. It's not as bad as it used to be but it's pretty persistent. There's this radioactive line between the menswear department and the womenswear department," said Susan Herr, founder of dapperQ, a site on masculine dressing for the LGBTQ community.

On the flip side, at 5-foot-4 (1.63 metres) and 120 pounds (54.4 kilograms), Gretchen Dukowitz is a lesbian who dresses on the boyish-androgynous side. Her style is casual and she doesn't like shopping online. Her number-one go-to place is H&M's boys' section.

"It's always fun to see who will be there, whether it's the moms buying for their kids or the lesbians," she said. "But even in boys' clothes, the fit is not right if you have any hips at all, which I kind of do. It pinches you in weird places. Even though you're buying men's clothing, you still have the shapes of a woman."

Small designers are trying to fill the gap, but often at prices not everyone can afford.

The toll is not always financial.

Laura Jane Grace, who fronts the punk band Against Me!, transitioned from male to female in dress onstage in 2012. At 6-foot-2 (1.88 metres), with a mostly black wardrobe worthy of a rocker, Grace recalls the days before she was 'out' and on the hunt for women's clothes.

"It was always kind of terrifying, going out and actually shopping for stuff," said Grace, who lived in small-town Florida before moving to Chicago.

"I can't remember an experience where someone either didn't look at you like you were total scum or have some kind of comment to make," she said, adding: "People look at me like I'm a thief. There's that attention on you from the beginning that always makes for an uncomfortable experience. People watch me from the second I walk into a store that's not specifically like a rock 'n roll store because I'm covered in tattoos."

Mary Going, a masculine-presenting lesbian who's 5-foot-3 (1.60 metres) and 120 pounds (54.43kilograms), wanted a formal suit for her 2008 wedding. After fruitless trips to Nordstrom, Bloomingdale's, Men's Wearhouse, Banana Republic and Macy's, she had one tailor-made for about $1,800.

"I've had cars that cost less than that," said Going. "I loved that suit. I felt great in that suit in a way that I had never felt great in my clothes before. I felt taller. I felt like I got more respect and I don't know if that's because I presented more respectfully or because people really did see me differently."

Going "wanted to offer that same feeling to other people, but without the $1,800 price tag" or the wait. So she founded Saint Harridan, which makes off-the-rack suits with sleek masculine looks for women and transmen.

"We've had grown people stand in our store and cry because they have never experienced customer service like this," Going said. "We're telling them that they are valued and respected just the way they are."